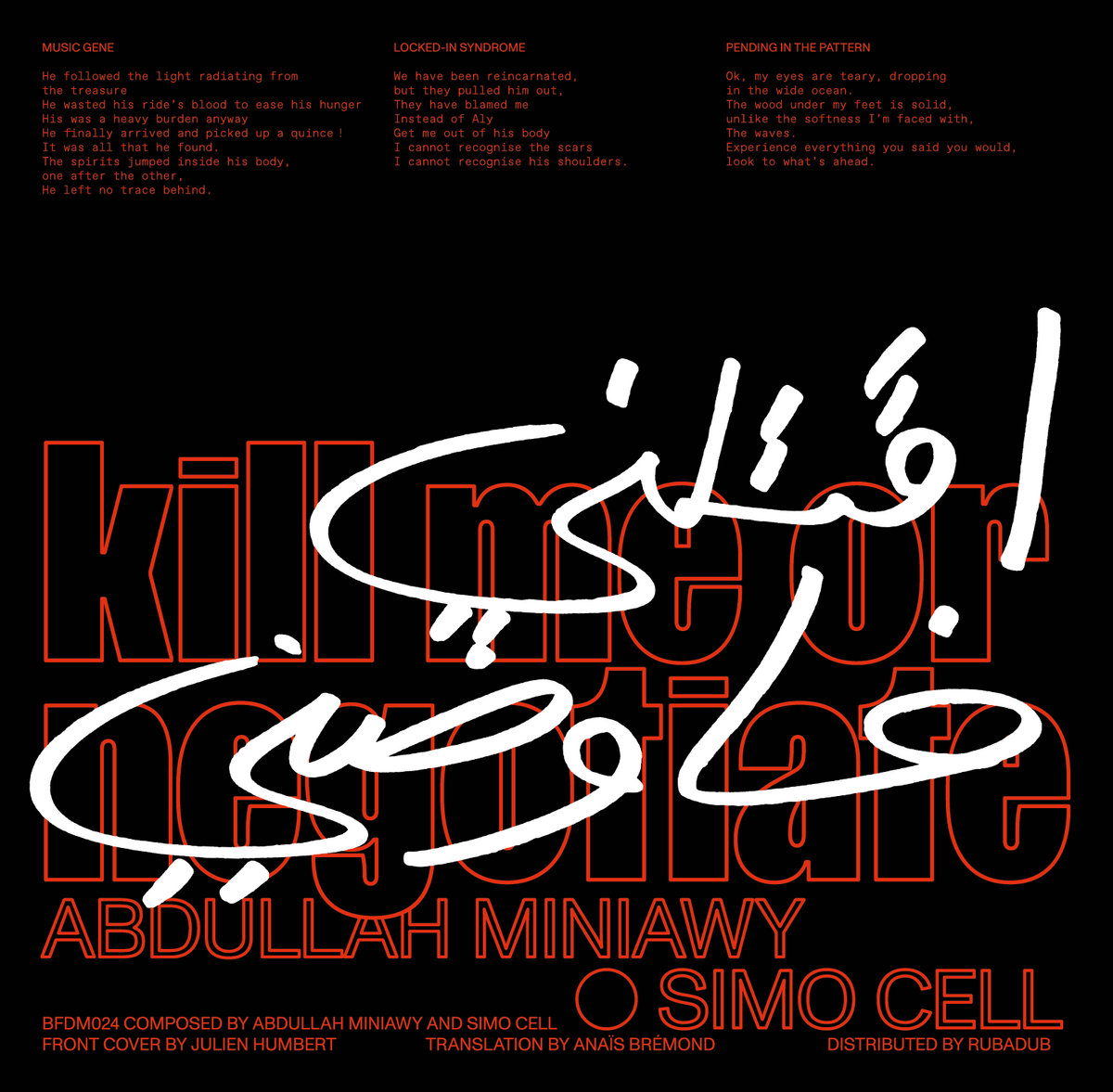 Schooled to distinct musical classes and universes, geographically distant though highly compatible culturally speaking, Simo Cell and Abdullah Miniawy began collaborating in the winter of 2018, jamming and experimenting together in the suburbs of Paris.
Merging Simo’s hypermodern, hip-hop and bass-infused production skills with Abdullah’s soulful trumpet and vocals hoodoo, their joint debut effort ‘Kill Me Or Negotiate’ lays the foundation to a body of work that transcends epochs, latitudes and other zeitgeistian concerns to weave a narrative arc both timeless and inwardly impactful throughout.
Simo's sound reinvents bass music as we know it, exploring its core assets and fringes with equal poise and determination to make a difference. This attempt at forging new paths for bass and electronic music in general shines particularly high here, exalting to further compelling spiritual and political heights the boundary-pushing potential of both his deconstructionist approach and Abdullah’s vibrant Eastern-grown poetics.
Defining his own craft as an "expression of religion, revolution and freedom", Abdullah Miniawy’s the herald of a musical realm where music, faith and politics entangle to form a strikingly profound tableau of the human condition in an era of uncontrolled digital frenzy. Miniawy’s keeping a position of choice as a spearhead of vanguard music, as attested by this debut EP alongside Simo Cell. The result goes way beyond expectations, pushing forth a uniquely free, mind-expanding brand of sufi-esque riddims and more ambientoid spaces for contemplation as it steers clear from normative club music to root deeper into socio-politically charged instrospection and thoughtful, elegiac body music..