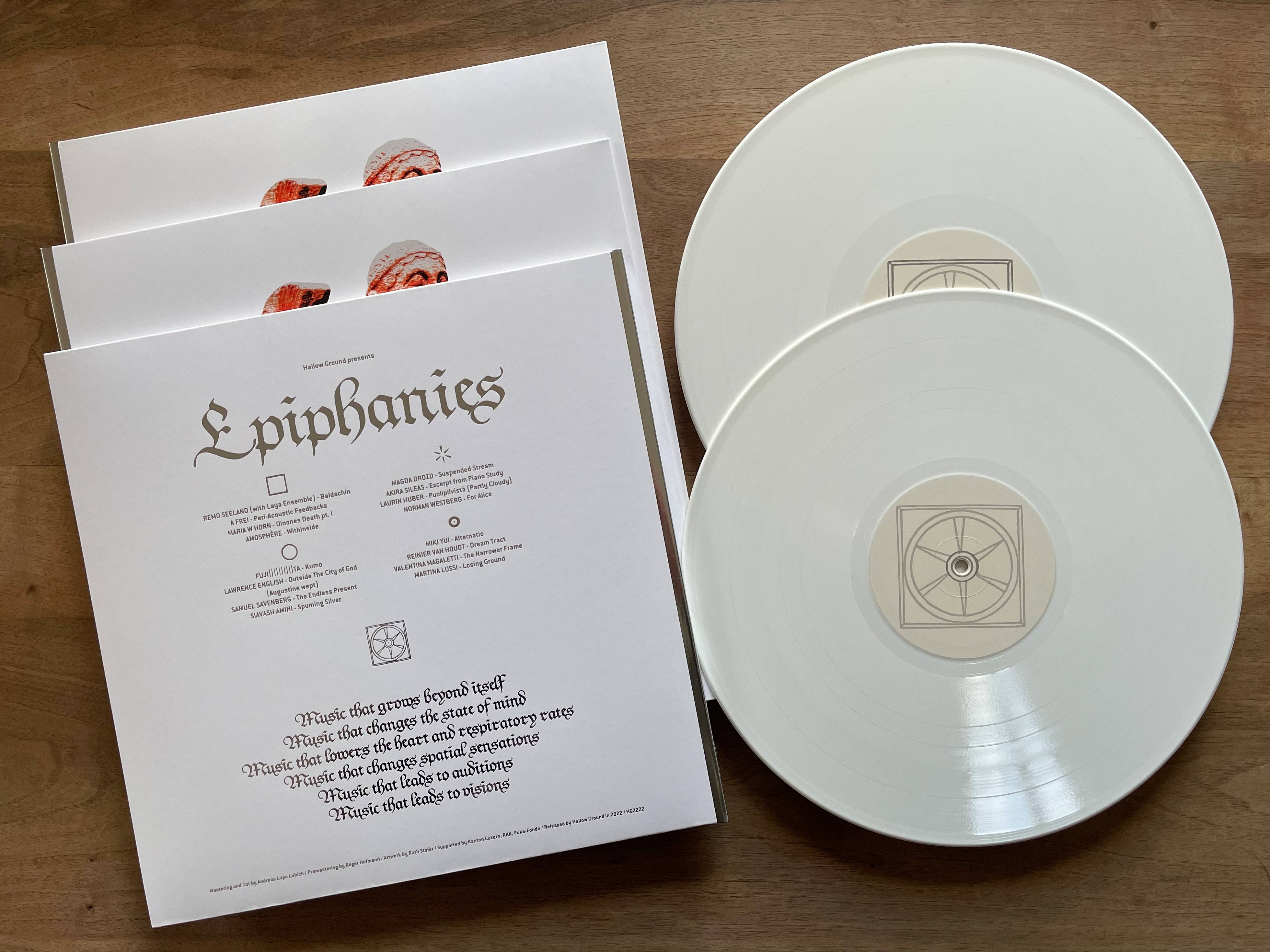 On Epiphanies, the first-ever "concept-compilation" to be released by Remo Seeland's swiss label HALLOW GROUND, artists were commissioned to pursue a non-rational creative process in approaching the phenomenon of epiphany through sound. In very different ways, all of the compositions on the compilation draw on the unique emotional powers of certain acoustic instruments, obfuscating the borders between physicality and abstraction.
If you're into electro-acoustic music that forgoes stuffy academia in favor of real-world chaos, tangible history and self-reflection, this one's a keeper. There's not a duff track out of the entire 16, each piece does a brilliant job of exploring not only the artist's creative motivation but also prompts intriguing reconsiderations of their respective sound palettes.
For those who greet this compilation with open ears and minds, these 81 minutes will deliver on its title.

On the opening track, label owner Remo Seeland sets the tone with a densely layered drone piece that was recorded together with the Laya Ensemble. “Baldachin” presents itself as a deep listening exercise whilst also blurring the lines between electronic and acoustic sounds, as if to sonically open up a third space between the natural and the metaphysical realm. It is an approach that is mirrored by other artists throughout the compilation. A Frei’s solemn “Peri-Acoustic Feedbacks” or Amosphère’s “Withinside”, for example, obscure their sound sources and create their own particular sonic languages, while Norman Westberg combines his signature thick mist of guitar drones with strummed chords as if to let his audience know that behind this impressive wall of sound, the artist is still present.
Laurin Huber and Reinier van Houdt work with even more concrete, if not sometimes mundane sound material, juxtaposed with musical structures in order to create a friction between the two. It is an approach comparable to that of Valentina Magaletti, who uses percussive sound as the source material for an eerie piece of electro-acoustic music. Thus, physicality and abstraction find common ground in many of the pieces on “Epiphanies”, at times bleeding into each other, but also occasionally strictly distinguished from one another.
Since you would expect to hear instruments on this compilation that have a clear spiritual connotation, chances are you may think you do just that from time to time. But pieces like Maria W Horn’s, which combines a contrabass recorder with the sounds of pitched glass, or Akira Sileas’s “Excerpt from Piano Study” subtly reveal that despite certain sonic similarities, they do not make use of a church organ at all. They serve as reminders that especially in the context of the epiphanous, not everything is what it at first seems.
If this is so, then there may always be more to the story. FUJI||||||||||TA for example works with the impressive self-built organ that was at the centre of his recent releases, but also combines it with the sound of a shō for a playful piece of (post-)minimal music. It is only Lawrence English who picks up on his recent “Observation of Breath” LP for Hallow Ground and works primarily with an organ. However, he also uses its sonically rich sound as material for a more layered musical approach. In very different ways, all of these compositions thus draw on the unique emotional powers of certain acoustic instruments, obfuscating the borders between physicality and abstraction as much as those between time and space.
Magda Drozd, Samuel Savenberg, Siavash Amini and Miki Yui more clearly rely on electronic elements in their tracks, though all three of them refer their listeners to something beyond the sound of their machines. Drozd’s contrasts scratching noises with glossy melodies and Savenberg lets auto tuned voices sing a lament, while Amini creates a sonic hall of mirrors with pitched string instruments in which the electronic and acoustic sounds become almost indistinguishable from each other. Yui’s “Alternatio” on the other hand feels like ripples on a body of water reimagined as electronic sound waves, a pure musical abstraction of concrete spatial movement.
The compilation’s last track comes courtesy of Martina Lussi, whose work as a sound and installation artist has previously interrogated humanity’s relationship with the objective world. “Losing Ground” is a foreboding piece of ambient music that ends with uncanny sounds resembling a synthetic choir. Once more blurring the line between the physical lines and sonic modes of abstraction, it is a more than fitting ending for a compilation whose careful sequencing contrasts the unique approaches behind these 16 pieces, while also indirectly highlighting continuities in the way the artists transform epiphanous experiences into works of art. 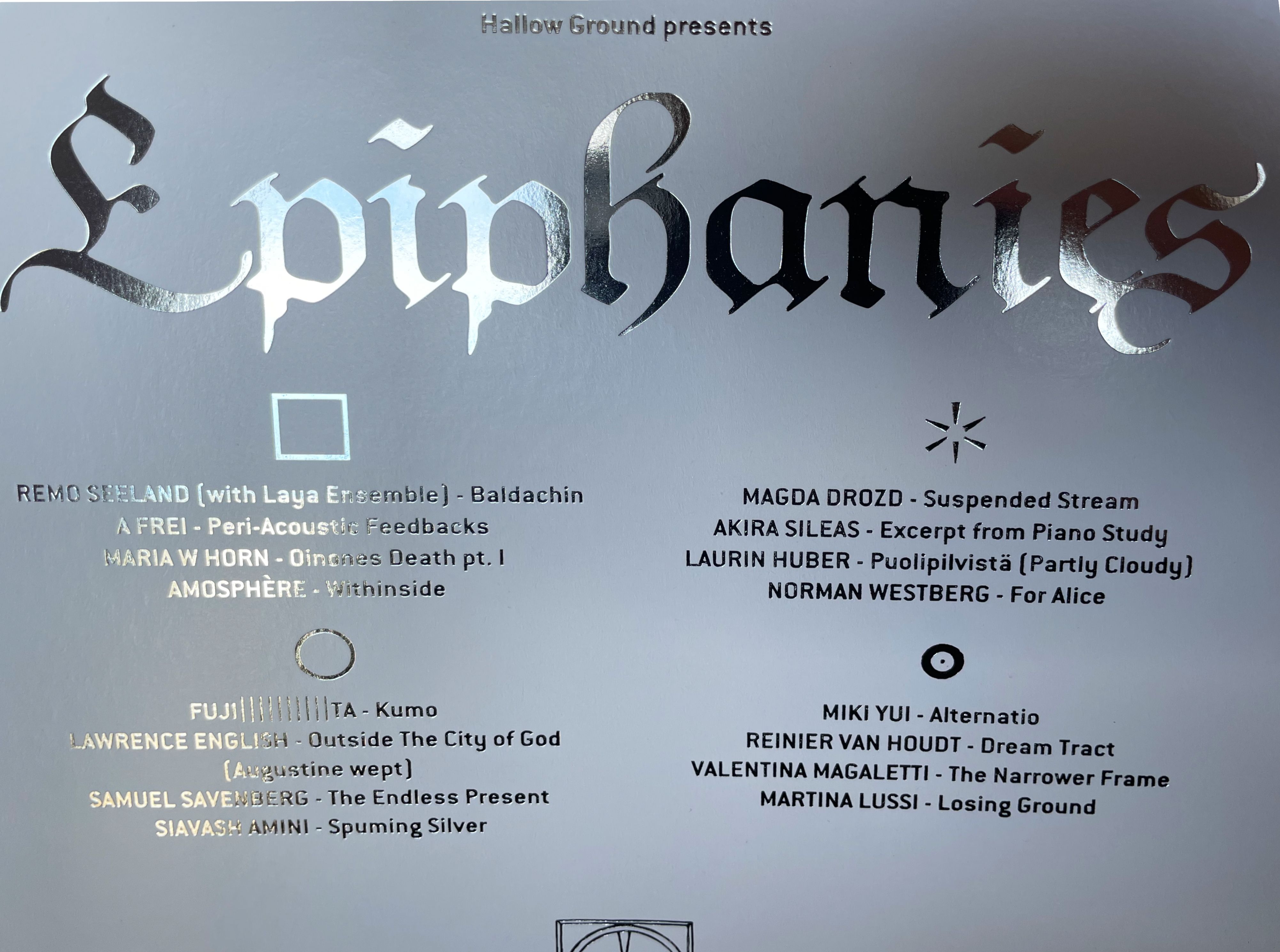 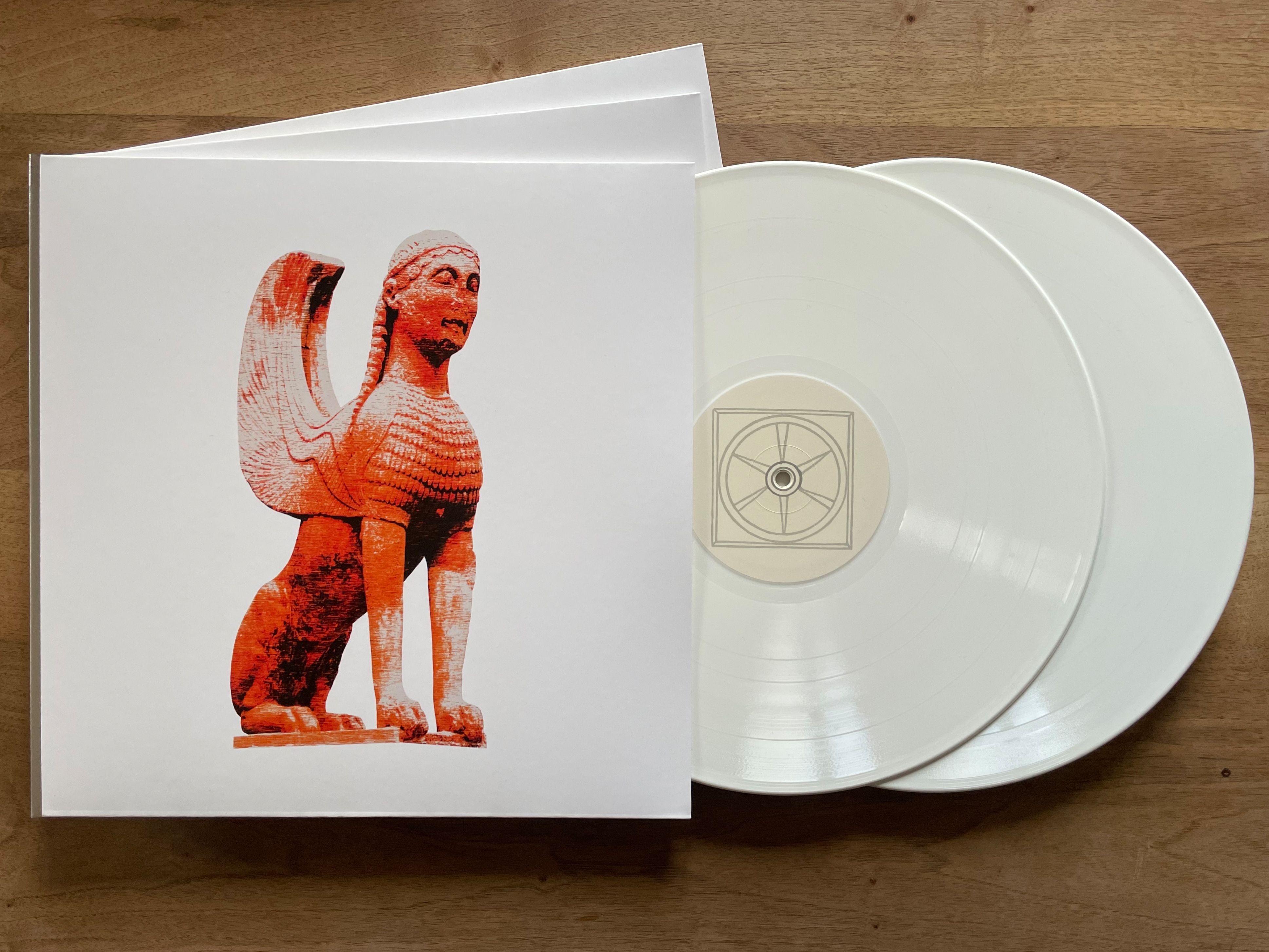