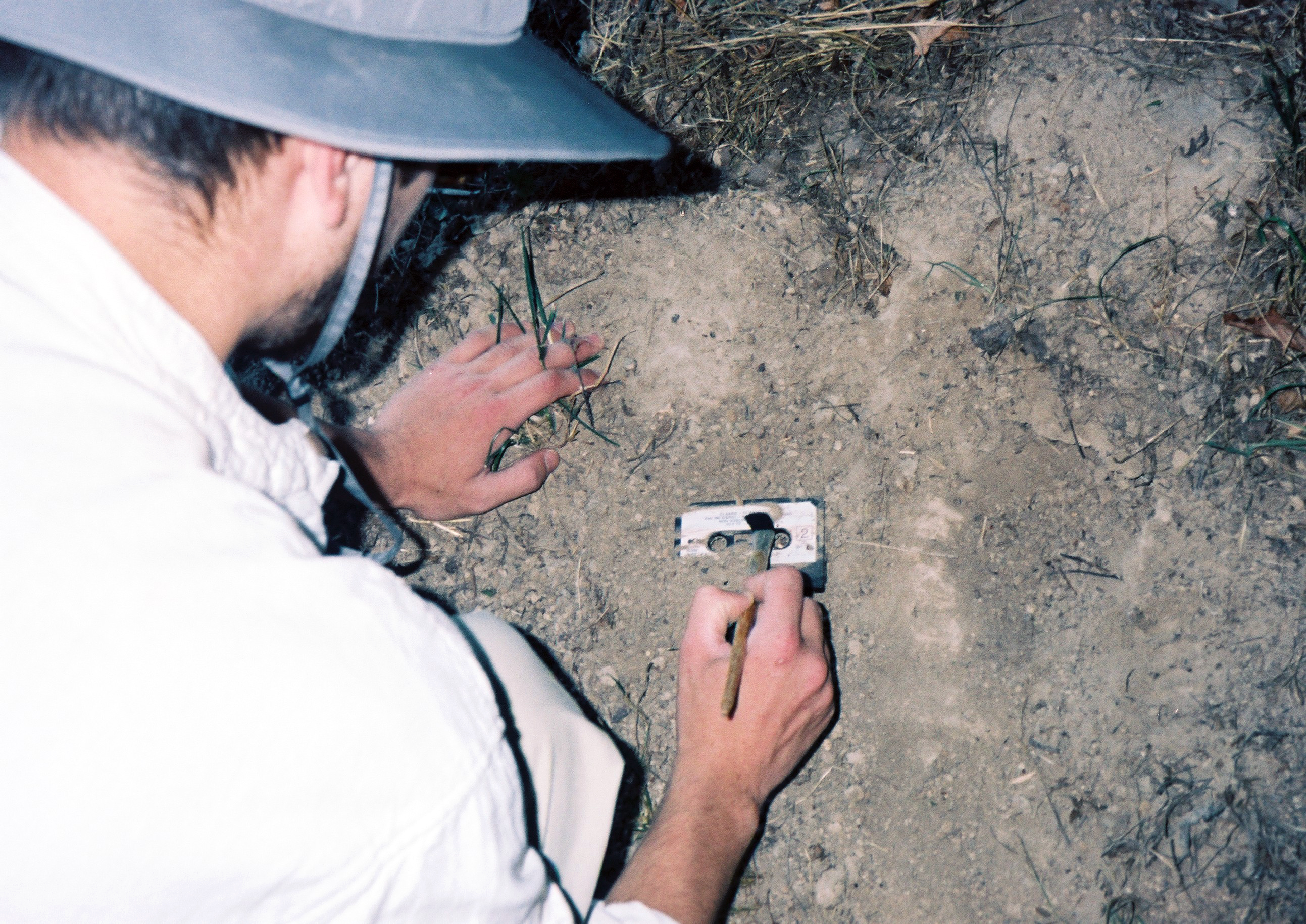 Originally I'm from Ukraine, but about two years ago I moved to Estonia due to my day-job (I work as a Human Interface Designer).Nevertheless,I’m going to get back to Kyiv as I constantly feel homesick.
I really like staying in Estonia. Baltic region is charming and inspiring - the sea, swamps, forests. The atmosphere very well captured in Andrey Tarkovsky's film "Stalker" - shoot here in 1979 (It's about a mysterious zone in an unknown western country based on the "Roadside Picnic" - a novel by Arkady Strugatsky and Boris Strugatsky).
The official label's birthday was its debut release in March 2012. But the idea and preparation started much earlier - around 2008 when I invented the name for it and created a logo. Before the label, I was making events and a few festivals of experimental music. The debut release preparation started in 2010. There was no idea what label would be about, but to set the general "mood" or direction, I decided to make Various Artists compilation. It was called "Test Pressing" coz it was a test - to test the audience, collect feedback, analyse... and most importantly,sell 100 copies...
Initially, Muscut was planned as both - new and archival releases, but I physically never had time also to dig the archives and search for interesting material, so in 2015 I joined forces with Dmytro Prutkin and Sacha Tsapenko, and we made SHUKAI sublabel focused on archival material of 1960-1990 - music for films, television and outsider artists' private archives.They are from Kyiv and Odesa. We communicate online. I like that our team is located in three different cities and between two seas (Intermarium): Baltic and Black.
My biggest source of inspiration always been cinematography and video art. I mean not only the French new wave and Italian neorealism but a huge variety of genres: from soviet space age b-movies like Planeta Bur (Planet of Storms) to experimental video loops of Peter Tscherkassky, Rose Kallal etc.
Back in Soviet times, there was a huge statement of Lenin - he claimed that the "Movie is the most important art" - I cannot disagree, I also think so. Cinema combines visual and audio parts; music plays a huge role here. My current biggest ambition is to score a film.
Muscut releases a lot of library music - if you a film director - please use it!
In 2015 I read an article about "HAUNTOLOGY" - a genre that describes and frames pretty much everything I've been following blindly. In short - it's a combination of two words "haunt" and "ontology", a phantom nostalgia, or, as I put to Muscut label description everywhere - pseudoarchaeology.
It's all about unreal, fictional future, future that people imagined at any time in history and never arrived.An example - most iconic one - the flying cars (Back to the Future). Musical example - Kraftwerk.They actually were a hauntology band, they used and romanticized the characters of pre-WWII world's imagination of the future with their singing robots. The Die Roboter album cover references to the Soviet Avangard propaganda posters.
For the artwork,I usually design and art-direct by myself. Sometimes I invite designers to collaborate, contribute to Muscut, such as Yevgeny Anfalov, Jugoceania. Sometimes I invite illustrators, like Anna Makarchuk, Jora Shwin to make some tiny stamps etc.
As you could notice, our graphics' main theme is "DIY", technical and "library" aesthetics: stamps, tables, forms, stickers and bad scanned, lo-fi images. 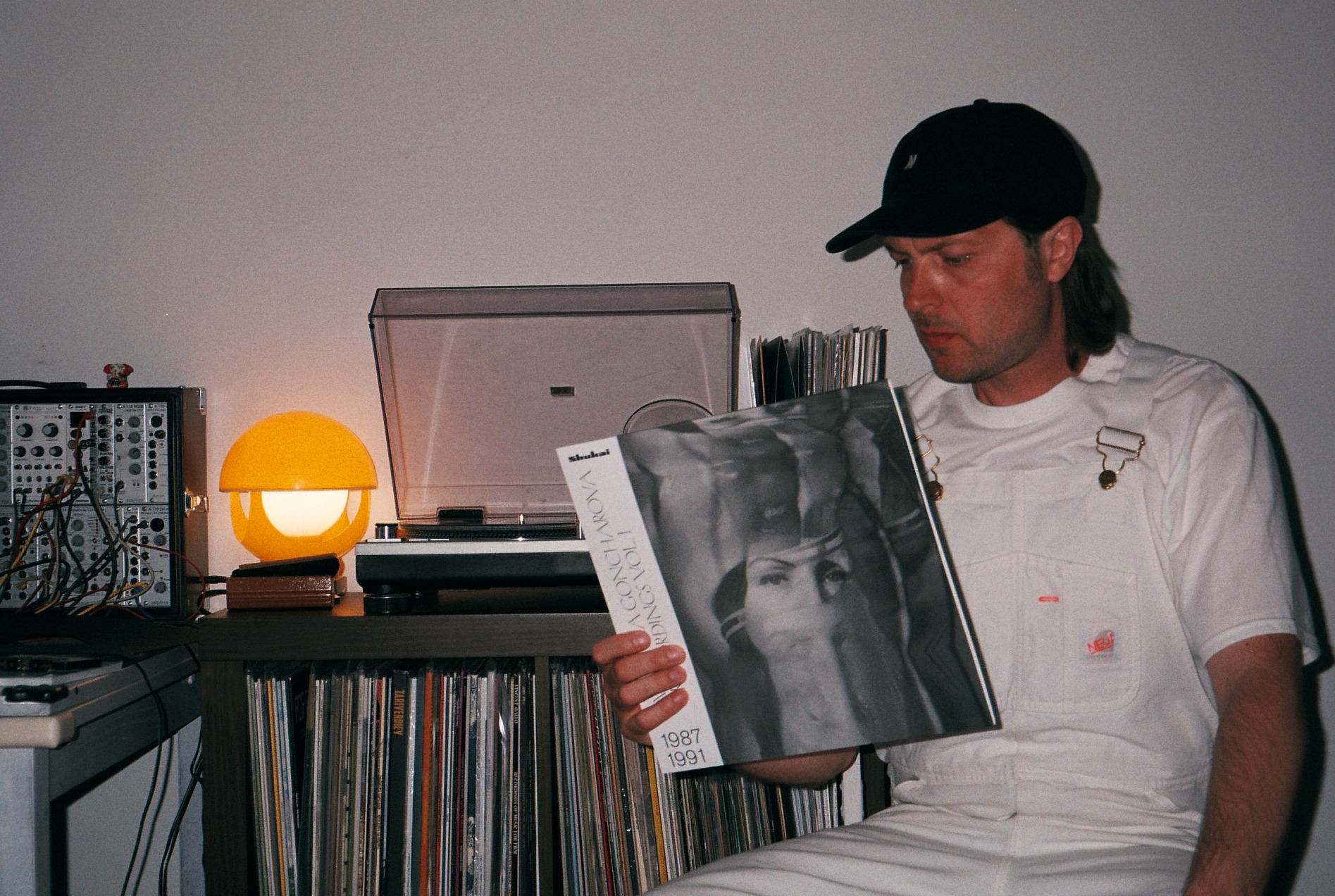