“Music is what brings people together and creates friendships and necessary new visions to our world, but at the same time it is an extremely personal thing, a place to observe, reflect oneself and one another and in its freedom provides us with a vital channel to express ourselves and find out who we really are."

Marius HOUSCHYAR Friedrich is an artist, producer and music selector living in Istanbul, Turkey. After growing up in the south of Germany, he moved to Dresden and started to study Fine Arts at the Academy of Fine Arts Dresden in the class of Carsten Nicolai, where he organized music events and created light and video installations.
The search for identity and truth brought him to different cities, like Prague, Bucharest and finally Istanbul, towards the east. Soaking up the environment he invests his energy in the cultural landscape of his home and creates music in his living room studio under the roof in Tarlabasi.
His constant drive to explore brings him on a way through various genres and continues to evolve.
Besides creating music and researching the depths of emotion and sound, Houschyar has found his second leg in his longtime passion for graphic design, creating illustrations and designs for record covers as well as logo designs. 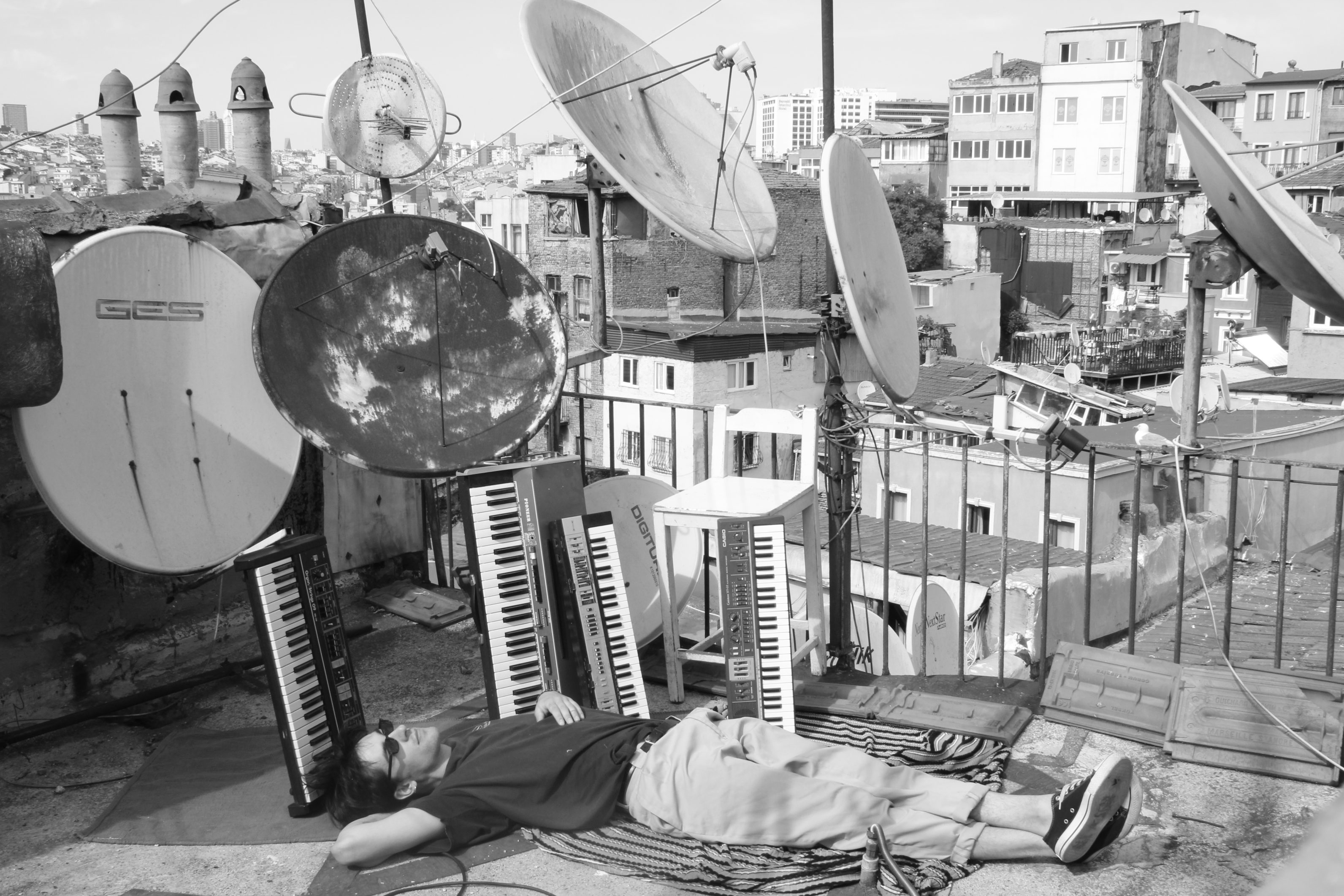 "I feel like music is something that has always accompanied me in my life. Obviously like many others I was listening to loads of music in my teenage years but it seemed to have gained more influence on me and moved more into the focus of my life over the time.
The love for music and search for like minded people brings certain humans together.
I experienced this the first time in the hip hop scene in Munich and then in the electronic music scene in Dresden, where I started to DJ, buy records and be an active member of the club community. After we had reached a certain grade of quality and certainty about our taste, I started my first tries of creating music by myself. I gave my first live concert at the Cynetart Festival for computer based art in Dresden in the space of the class of Carsten Nicolai (Alva Noto), which I have been a part of since then.
The first time I felt like really developing my own personal music was when I moved to other countries and left the overcrowded scene in Germany. Since then I have changed a lot and so has my music. Now I am creating and listening to music that I was not even able to understand two years ago. While life can often feel chaotic, random and like a loop, musical development is probably the only continuously thriving progression in my life.
The experience of living in a completely different culture, learning of the struggles and realities of the people has certainly left a huge impression on the way I see the world nowadays. As a result I have a different view on certain nations, politics and privileges. Besides the joys and the beauty of the city, living in Istanbul is also connected to a great amount of conflicts, obstacles and psychological pressure that are unknown in western countries, even for someone who may not even feel all of these things firsthand. My music has therefore definitely become more serious and complex over the years." 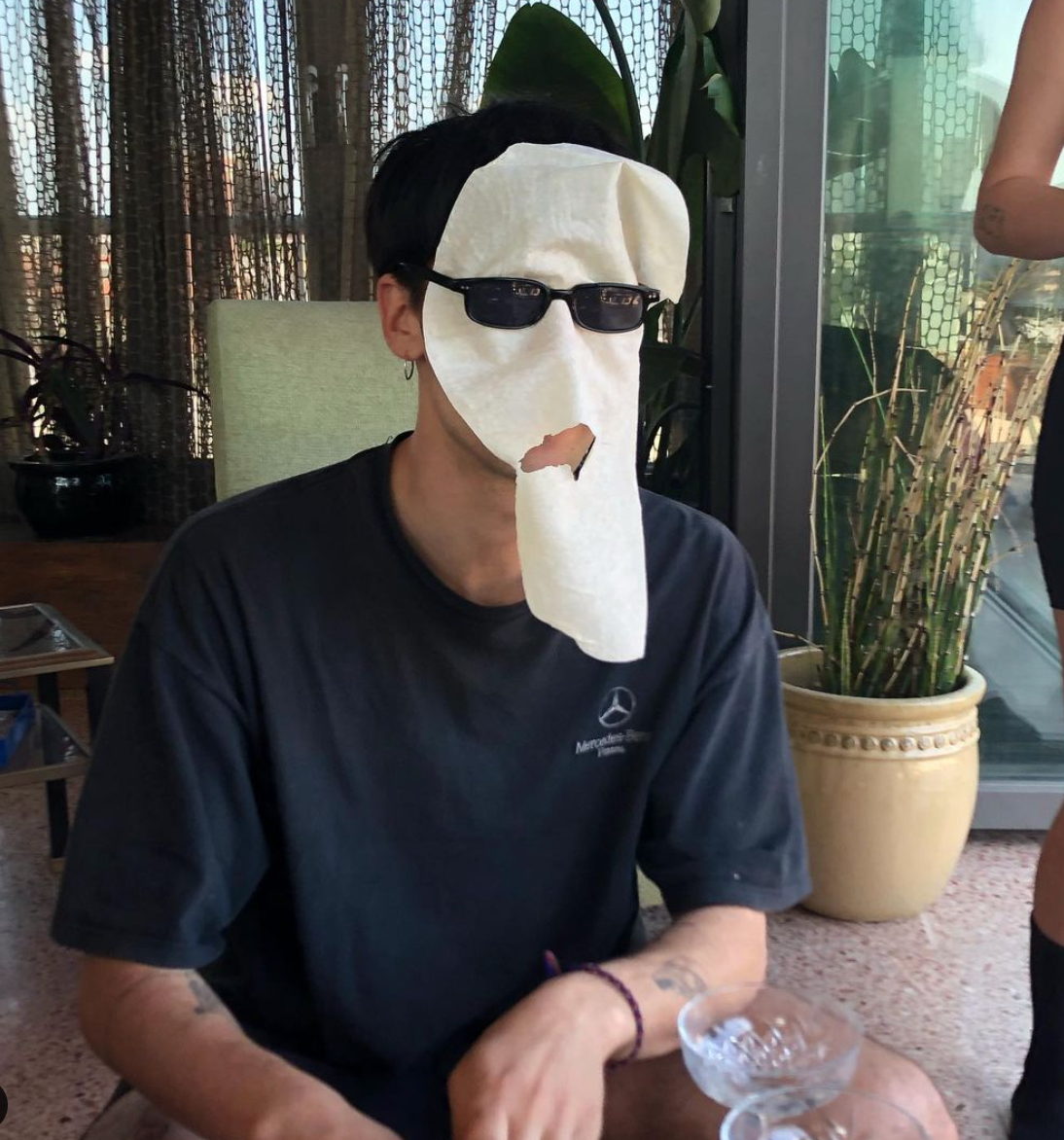 "When I started to make music I was really into the analogue world, tried to use the computer as least as possible and worked with 70s and 80s keyboards, which I still use a lot. Collaborations like the album with soFa and Okay Temiz have inspired me to go more in a free direction of world music, jazz and acoustic instruments as well as a more liberal usage of the computer and nowadays I am more flexible and open about the instruments I use in my music and try to explore the sound of certain things also by working with other musicians together. While finding it quite difficult to work with others on music, I found the work in the music industry for and with other musicians to be easier. Besides finding record deals for friends I therefore decided to start my own event series called “It Never Rains In Outter Space '' in our beloved place Şahika in Istanbul. The event focuses on experimental and improvised music, combined with a visual side, an evening of listening and learning rather than socializing and dancing. So far I have had the chance to meet and invite very great musicians like Şevket Akıncı and Tamer Temel and I hope to make the whole thing a greater project that includes more media than the event itself.
Through meeting the musician and composer Eylül Deniz (Sunfear) I have had the honour to become a more active part of the music scene in Istanbul and through the creation of the new space, which I provide with a graphic dress, we have found new possibilities for creating a home for the freaks and friends of our fragile scene. Working together with her musical skills and vision has already brought very new and interesting ideas to my life and we are going to have more live appearances in the near future. Since we were stuck in Turkey for a long time, we hope to be able to have more gigs abroad and work on a more vivid exchange between our music friends in Jordan, Italy, Germany and elsewhere."

"The inward turn of the pandemic has additionally impacted my work in a way that it is more sensitive, soft and playful than before. In this time, which brought financial struggles to many, I found myself in a similar situation and looked for another way to sustain. I turned back to my visual side, reactivated instagram and started to produce digital graphics and analog prints in hope of earning some pennies on the way. Through my connection with the music scene, I was fortunately able to find more commissions and now graphic design has become an important part of my life. I have always been interested in graphics, as I come from an artistic family, grew up in ateliers and on exhibitions and studied fine arts after all, so I am glad to have returned to creating pictures and have found another way of expression. I mostly work on Photoshop, but also draw and experiment with linoleum prints. When I create a record cover I mostly have a free hand and base my design on the music itself, by listening to the sound, imagining colours and shapes and following my intention. At the moment I am working on different record covers and must say I am very honoured to be able to create a visual part to some great upcoming labels and releases of my friends from Jordan, Italy and UK."

In a very prolific period, electronic globalist Marius Houschyar leaves no doubt about the level of his talent.
After building his reputation featuring on different compilations :

and with his band SERVICE, alongside Mr TC ,

A special one-off album of music with Belgian producer soFa and the legendary Turkish drummer and percussionist Okay Temiz,

And finally a less danceable but more personal opus

Here's the new video Marius mades for the song 'Satellite 1'