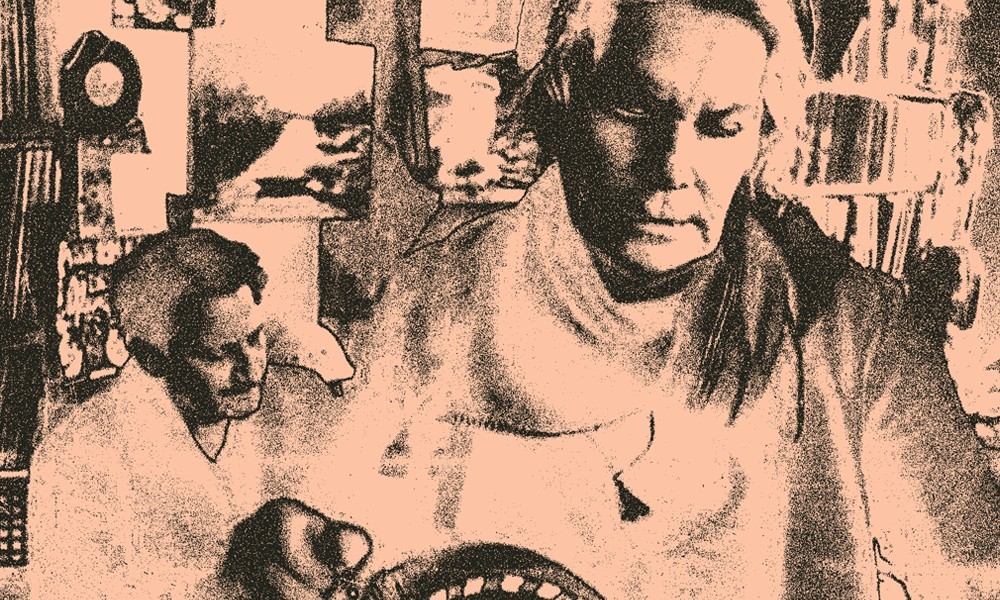 "For a long time I had been thinking about making a record with the immense Emmanuelle Parrenin, French folk muse of the 70's who has never stopped polishing his soul.
A voice from the depths of the ages, from the tweets that belong only to her, and the precious gift of doing talk about the hurdy-gurdy wheel, this medieval ancestor of drone.
The idea of ​​teaming her up with the minimalist wizard Detlef Weinrich aka TOLOUSE LOW TRAX prevailed, as their universes seemed to me strangely converging. The disc was recorded in the Parisian studios of Versatile, during a week of strikes (jours de grèves) of 2019: A“lockdown”session with exceptional guests: the French saxophonist free-jazz, Quentin Rollet and the iconoclast Ghédalia Tazartès on vocals.
Having these 2 artists together in the studio will remain a never-before-seen memory.Although at an advanced age, they kept their intact infant soul and have this ability to touch deep within ourselves.
It is finally Jan Schulte / Wolf Müller (protagonist as Detlef of club Salon des Amateurs) who mixed this record, but I would say almost produced the record. That has become a work of generational transmission. It is the passing of generations in Dusseldorf between Detlef and Jan Schulte."