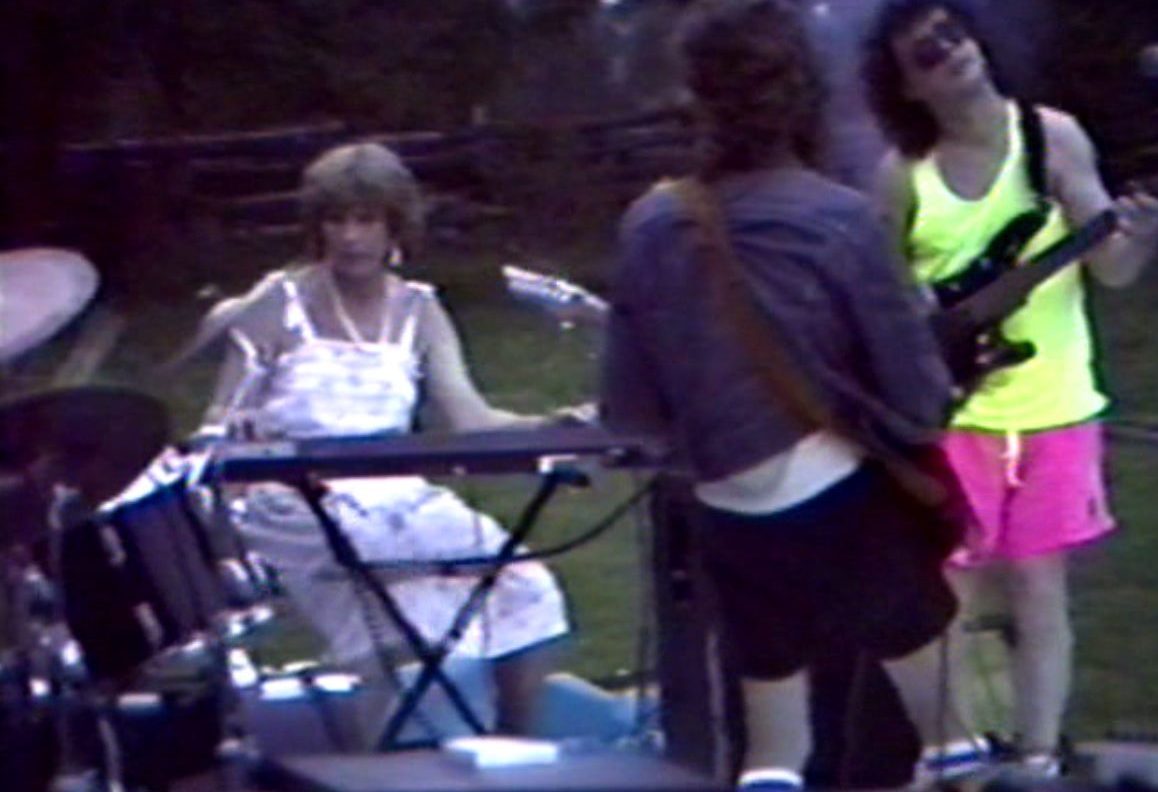 Originally released in 1980 (only 300 copies), ‘Amanita’ is an early approach of Canadian artist Sherine Cisco, formerly known as Stu Cisco, to the limitless world of synthesizers in music, through ambient, progressive rock and drone noise.
This LP marks a milestone in the investigation, experimentation and evolution of musical instruments, where the Mini Moog demonstrated its versatility and creative potential, opening Sherine a path of limitless possibilities.
Now, in 2021, ‘Amanita’ must be considered a part of modern-classical music. A piece of music history remastered from the original master tapes by Music Matters Masterings, coming out on the explorer Spanish label Glossy Mistakes.

This DIY approach to music was, as well how the album was made, in her own studio, with synthesizers that were originally meant for live performances. However, what Sherine Cisco was living in her personal life, a gender transition, was as important to the record as the instruments she used to create it :

“Beginning in the early 1980's, I began experimenting with taking the female hormone, estrogen. I felt like I was gradually being re-born. It affected my music, the mood of the music, and me, physically and mentally”.
By the time the LP was created and released, I had been playing with synthesizers for about 7 years. I had begun by "bouncing tracks" on my SONY TC377 reel to reel deck. I started treating the synth voices as if they held meaning all on their own, and could be used, not to imitate necessarily, or fill the traditional role of playing musical instruments, to sound notes in a scale, but instead, I used them to create moving soundscapes, and a unique language of sound.
The main instrument used was the Mini-Moog, followed by the Elka Rhapsody "string machine" which I usually ran thru an Electro Harmonix phase shifter. I also used my upright piano of the time, and an old reed-type 2 manual church organ with bass pedals.
For years I have regretted including a vocal track on what was basically supposed to be a synth album.It introduces the idea that I was a regular person, able to "lighten-up", instead of just being thought of as a serious but rather mad scientist, cooking up spacey sounds in my studio, alone and isolated.
I am honestly surprised that the record still has the ability to generate interest and have some relevance, even after all these years."