Milagros del Ritmo is the third release of Harmonie Exotic, a label focused on reissues and compilations of obscure tracks.
Italian producer and Berlin based Jose Manuel, already known for his releases on Optimo Records, Music for Dreams and other labels, has selected ten rare tracks from 1988 to 1991.

" The compilation ranges on different musical genres of that period such as "New Beat" which was born in Belgium around the mid-80s up to the early 90s, and has sounds reminiscent of EBM but with slower bmp, then there are a little more "Balearic" tracks like the "Ambionix - Waves" track which was released in Germany, there are Synth-pop tracks, up to more Italian-house stuff.
Obviously they are all little known and quite sought after tracks for collectors who love this musical genre. My label Harmonie Exotic takes care of researching and reprinting goodies from the past, as I did with "Magic Carpet" which, however, was oriented on the ambient and leftfield genre." 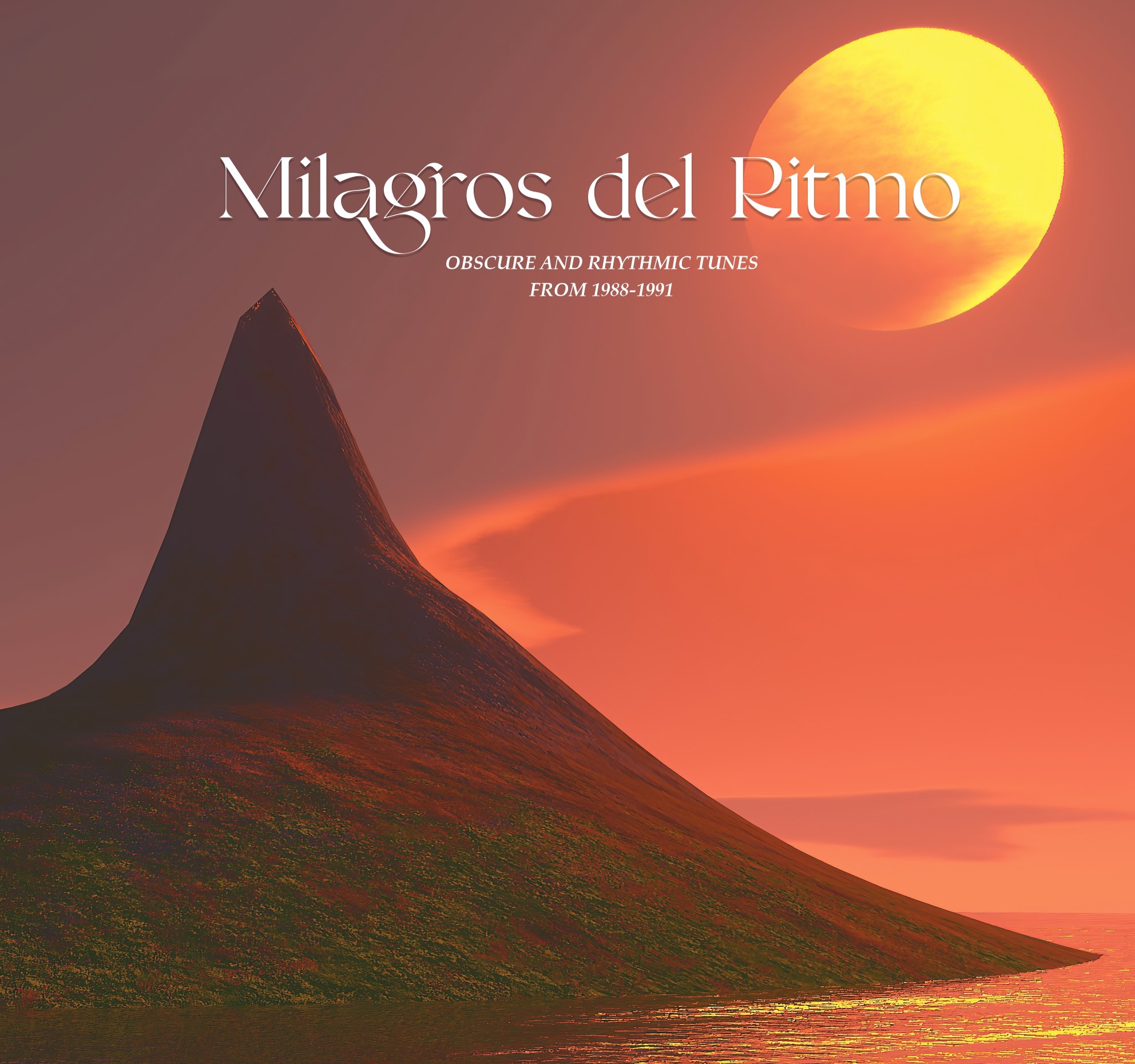 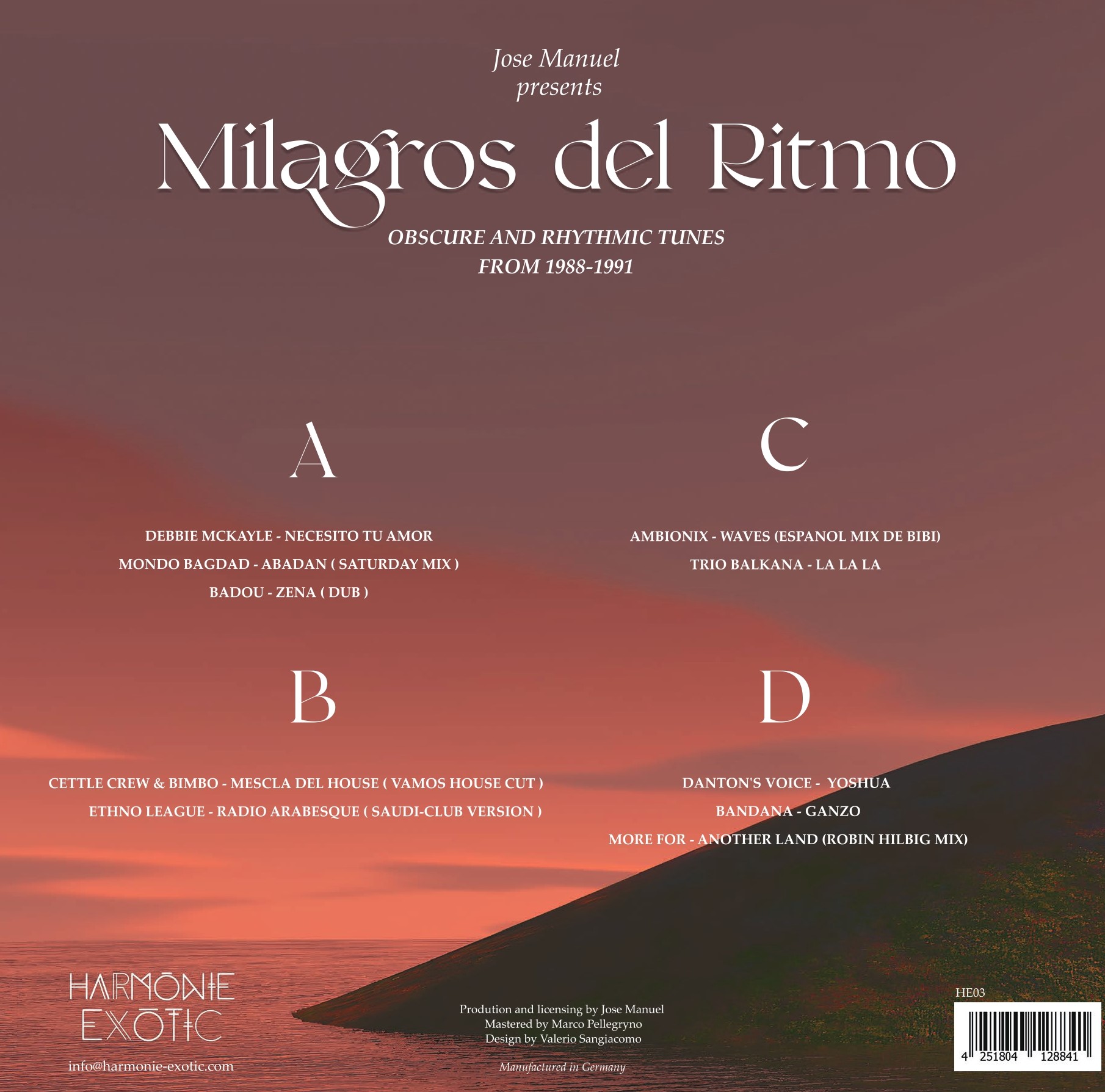 Starting as a DJ, Jose Manuel has developed over the years a passion for vinyl collection. This passion has also turned into work by creating the above mentioned label with the aim of bringing back the art of the past.

Milagros del Ritmo starts with the sexy voice of Debbie McKayle in "Necesito tu Amor". Her vocal mood reminds us "Sueño Latino " . The compilation continues with "Abadan" by Mondo Bagdad, who combined Arabic sounds with New Beat. Also in "Zena" (Dub) there are middle east and the first Chicago house influences. The next track "Mescla Del House", released in very late 80's, sees the Spanish vocal with the drum Roland TR-808. Then the compilation moves from Synth-pop with "Radio Arabesque" to the belearic downtempo with "Waves" by Ambionix and to EBM sounds with "Yoshua" by Danton's Voice . 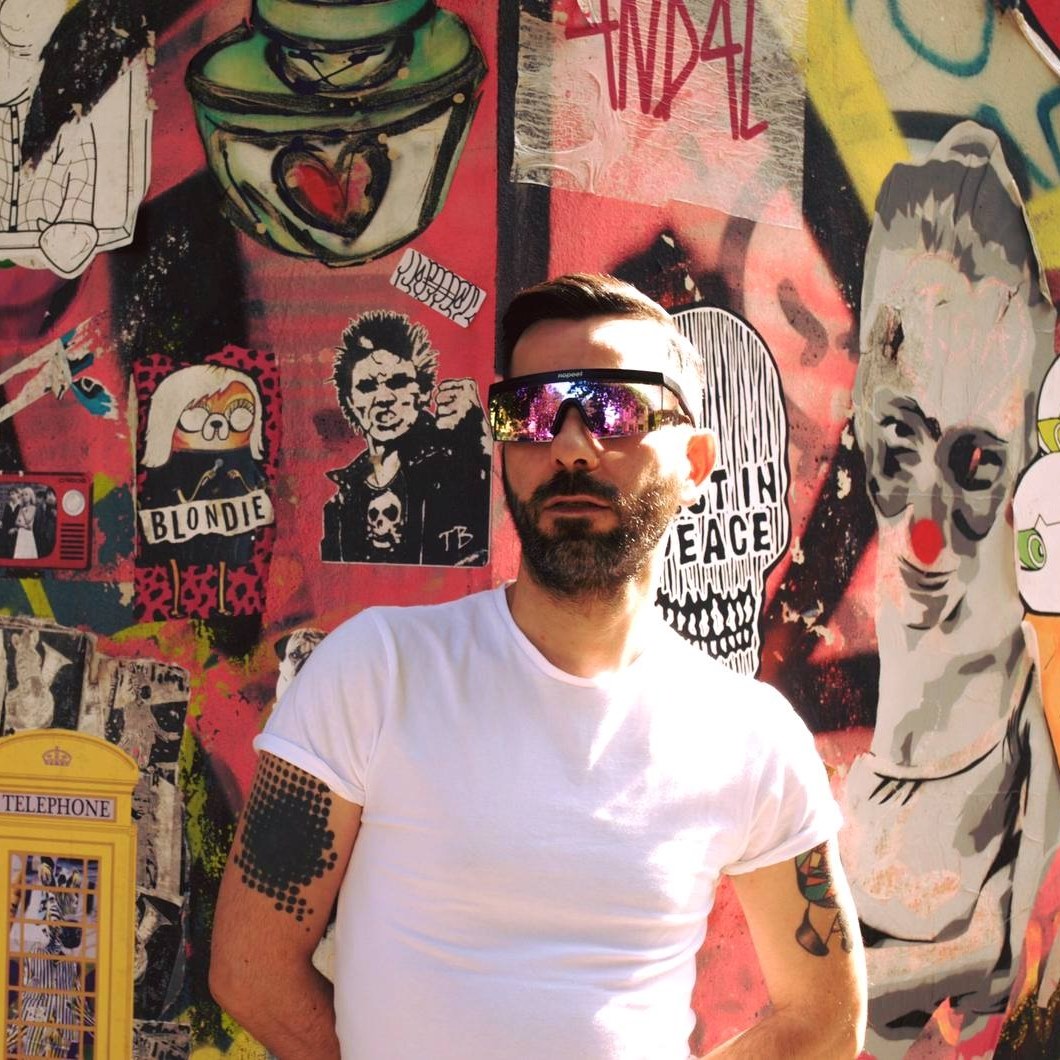