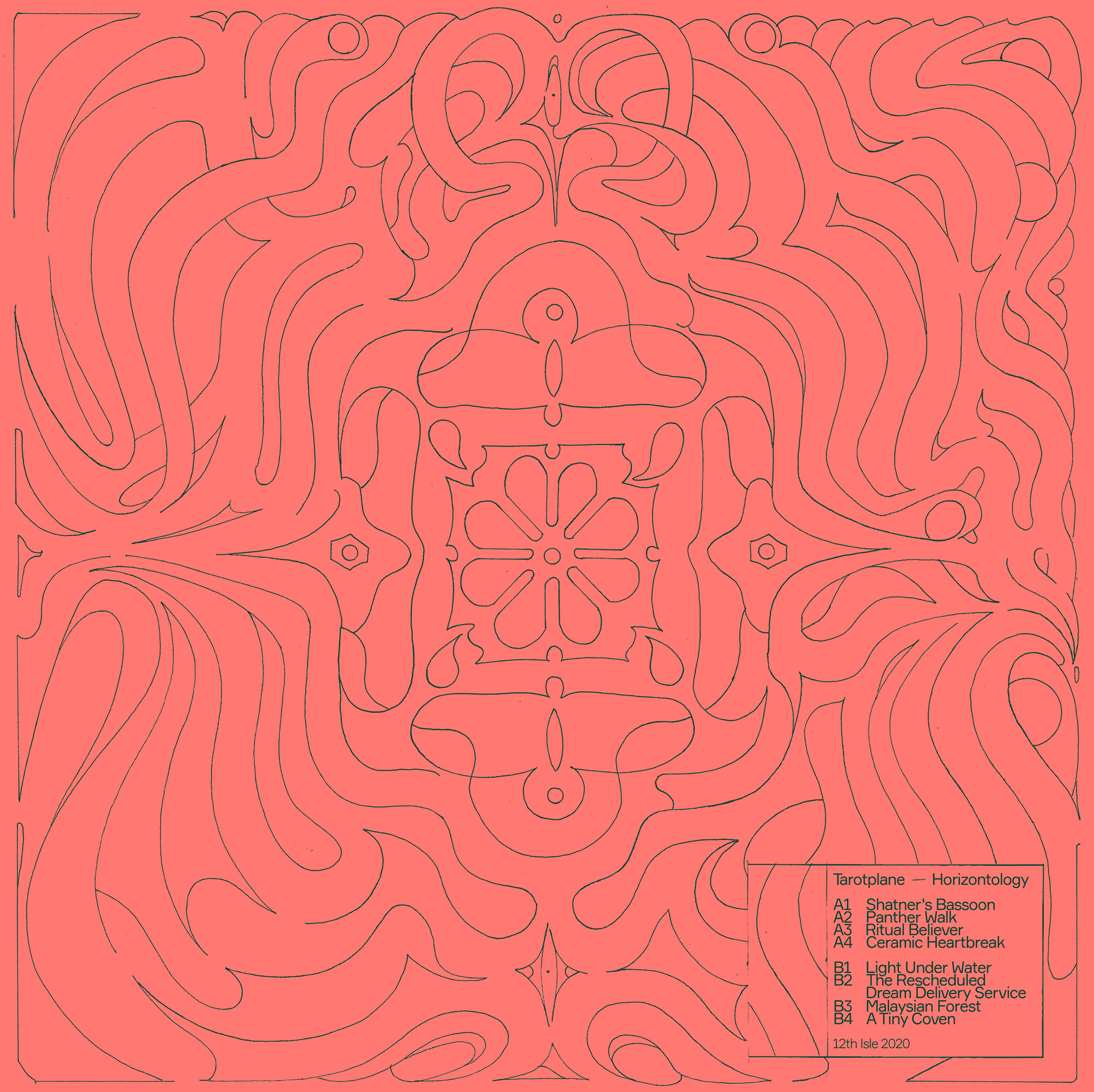 Scottish esoteric label 12th ISLE release its 12th vinyl issue.
New school kosmiche style guitar and synth studies by Baltimore native and veteran underground music figure Tarotplane (PJ Dorsey). Across four cold, motorik movements Dorsey builds upon previous outings for Aguirre, Lullabies For Insomniacs and VG+ .
On A side, combining trademark lysergic keyboard swirls with a heavier rhythmic approach than usual. On the B, he delivers an extended swan song for 12th Isle's single figure catalog and aims his guitar towards the heart of the sun, kick-starting the labels busiest year to date.


The visual side is a big part of the project and helped them slowly sculpt the 12th Isle world from release to release.The visionary work of Al White aka CRUD has grown and mutated organically with each record.
Each sleeve points to a specific geographic area of the Isle that its music dwells in. The map is constantly expanding and changing shape across all the visual and sonic output.