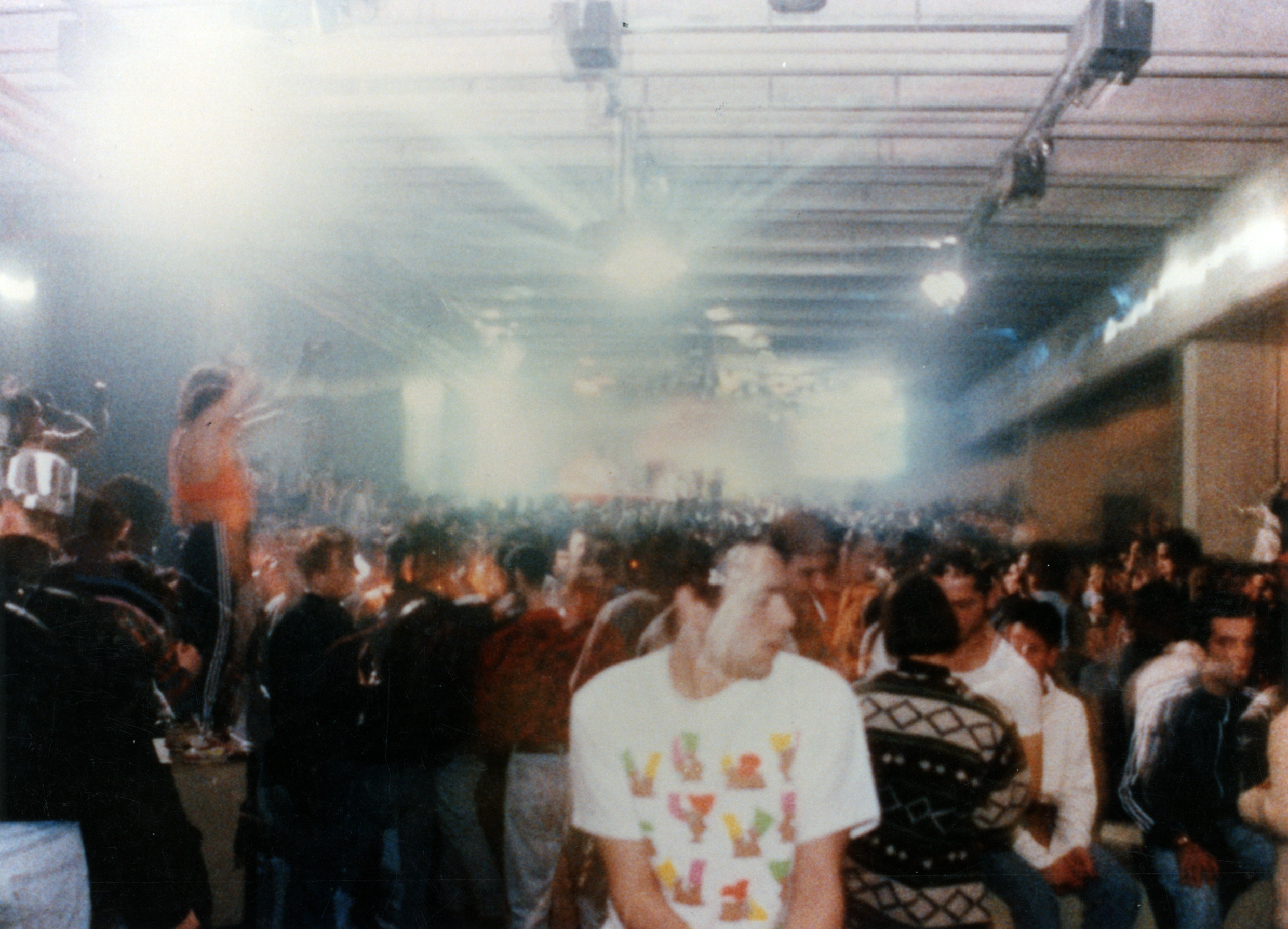 Standing for "Mixed By Erry", the label takes its title from a mythical and somewhat anonymous pirate figure within Naples called Erry with no clear ties to music who issued a series of low-key cassette mixes in the late ’80s and early ’90s. Each of these cassettes came emblazoned with the phrase: “The ideal dimension for a clean listening”.
The fifth episode is a limited edition C60 mixtape.An astonishing hard-dreaming live recording of Paul Daley from Leftfield playing at a warehouse party held in Napoli by United Tribes in '94.
Accompanied with a 52 pages dreamy collection of original shots from the United Tribes archive taken mainly by members of the UT crew documenting their parties and aftermaths from early 90s till circa '95.
Design and layout by Davide Salvati

Founder Giovanni Napolano tells us more:
"I've always aimed to use MBE series to talk about Naples and its sometimes avant-garde and almost always interesting subcultures. The connection with UT seemed to me quite linear and spontaneous. I first approched Giovanni Calemma, one of the main minds of the project and photographer. Then he submitted the idea to IvanMaria Vele, one of the initial head of the tribe and the rest is now on paper an tape.
I got to know the United Tribes stories as a kid. I approched the world and underworld of electronic music and the “festa” when i was more or less 14 yrs old.. in those years i was often hanging and wasting part of my time and especially my money in a clothes shop of a guy named Elvidio, best know as Elvio. It was one of the few places, maybe the only one in my suburbs town where you could hear and discuss of stories about events, Djs, music and nightlife.. with the benefit of time i would say that it was a sort of hub for youngster who were looking for something different than the vacuum of the province.
The first stories related to UT are coming from there, i remember people talkin about the ECCHERECCA' III event (now printed on cassette for MBE series) as something out of time, LEGENDARY.
Over the years the name UT has come back to me several times between tales of emblematic figures of the historic center of Naples and people linked to occupied spaces of the city until the publication of their book and a super interesting article by Francesco Birsa Alessandrini for Vice.
United Tribes had a vision of the "party" that went beyond simple entertainment, see Hakim Bey and the utopian dream of the TAZ. "