„spread great sounds from Asia and beyond.”

Founded in 2015
Founder: Rhylon Durham aka AKIMBO
City: : Seoul, Korea. It’s a super dynamic city that is always in motion.
Genre: East Asian electronic fusion, leaning toward ambient, downtempo, slow house, and tribal.
Artists: d.k.,el buho,seungmin cha,yabugarashi,x.y.r.,akimbo…
Mission: Spread great sounds from Asia and beyond.
Artwork: So far, I’ve designed most of the artwork and videos myself,with my wife Da-In. Salamanda made their own artwork. 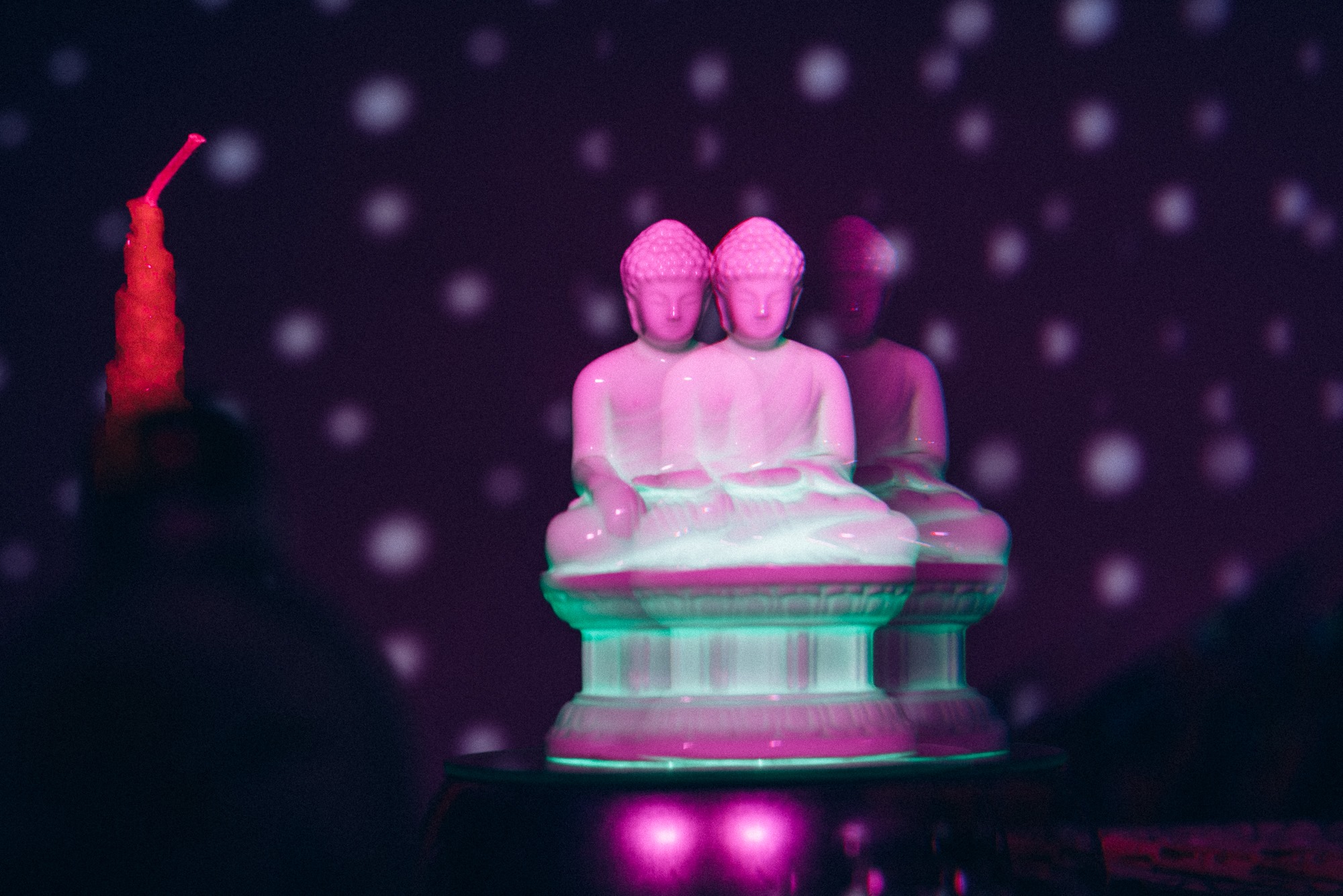 I'm originally from the US, and first moved to Korea 11 years ago.
Seoul is a super dynamic city that is always in motion. Most people know it as a modern and high-tech place soundtracked by the slick, manufactured sounds of K-Pop. While that is definitely a big part of it, the club scene has also exploded here in the last decade, and Seoul nightlife has gotten notorious. I’ve been involved in that, and it’s been super fun, but I’ve always been a bit more interested in the experimental music and art here, as well as Korean traditional music, which is very deep and beautiful.
I’m originally a drummer and always had an interest in percussion instruments and rhythms from around the world, and always sought out new and far-out sounds.In 2011, I was invited to the Red Bull Music Academy in Madrid, and upon returning to Korea, I de-cided to take DJing and production more seriously. My journey into production has been slower and less intuitive than drumming, but it’s quite satisfying to make tracks and play them out. I’ve always believed in the power of music to move people, and it’s great to see that in action as a DJ as well. I started Tonal Unity in 2015, after collaborating with some great traditional musicians and experimenting with their recordings to make electronic tunes. I expanded it into releasing other artists, because I felt that there was really interesting music here that wasn’t being heard by a wider audience. The label is still quite new. One nice moment is when Seungmin Cha’s record “Nuunmuun” was reviewed in The Wire. Also, holding the first vinyl compilation in my hands after months of work toward making it happen was a great feeling. A further step was inviting D.K. from France to rework the killer track “Daegeum Dosa” by Haedong Seoungguk.He is a visionary producer that has honed in on a distinctly Asian sensibility in his ritualistic electronics that doesn’t sound like any other artist out there. The original is a mystical take on what early music may have sounded like, a kind of pagan campfire ritual. The remixes are both killer, and it’s impressive how he took a song that was recorded totally live (no fixed tempo) and reworked it into 2 great tracks at very different tempos. It speaks to the different ways in which a piece of music can be heard, which I think is very satisfying.
As a music obsessive, I grew up going to lots of concerts, and would always buy a CD or t-shirt if I loved the band and wanted to support them. After starting to DJ, I would follow labels more, and found myself really appreciating the value of curation and work involved with pressing experimental music in physical formats. Vinyl is a way to support your favorite artists and labels by buying something tangible. I think this became clearer to me after I started fronting all the cash for vinyl releases myself, which quickly gets expensive. I’m mainly interested in small boutique labels, and the people that run these labels aren’t making much money, often regarding “breaking even” as a success. They do it for the love of spreading music, which I really respect. While digi-tal downloads do also support the artist and label, the purchase of a vinyl record has a bo-nus of justifying a risk and investment taken by the label to spread the music of the ar-tist.Supporting the vision of an artist has become very important to me in recent years.
For the visual aspect I debated about whether it was better to have a kind of slick, “brand-ed” style of cover art that was really consistent across all releases, but I guess that’s just not how my mind works. The music on every release will be different, and I feel like the art should reflect that, so the art is really a case-by-case basis.
every record is unique. For the Haedong and D.K., we used a scan of a painting from a tra-ditional calligrapher in Seoul, who had painted in a traditional pictorial style of Korean cal-ligraphy.Salamanda’s great artwork that they made themselves is more futuristic. I’ll continue to design the art for the compilation series, but will start seeking out nice ar-tists to design contents for upcoming releases. 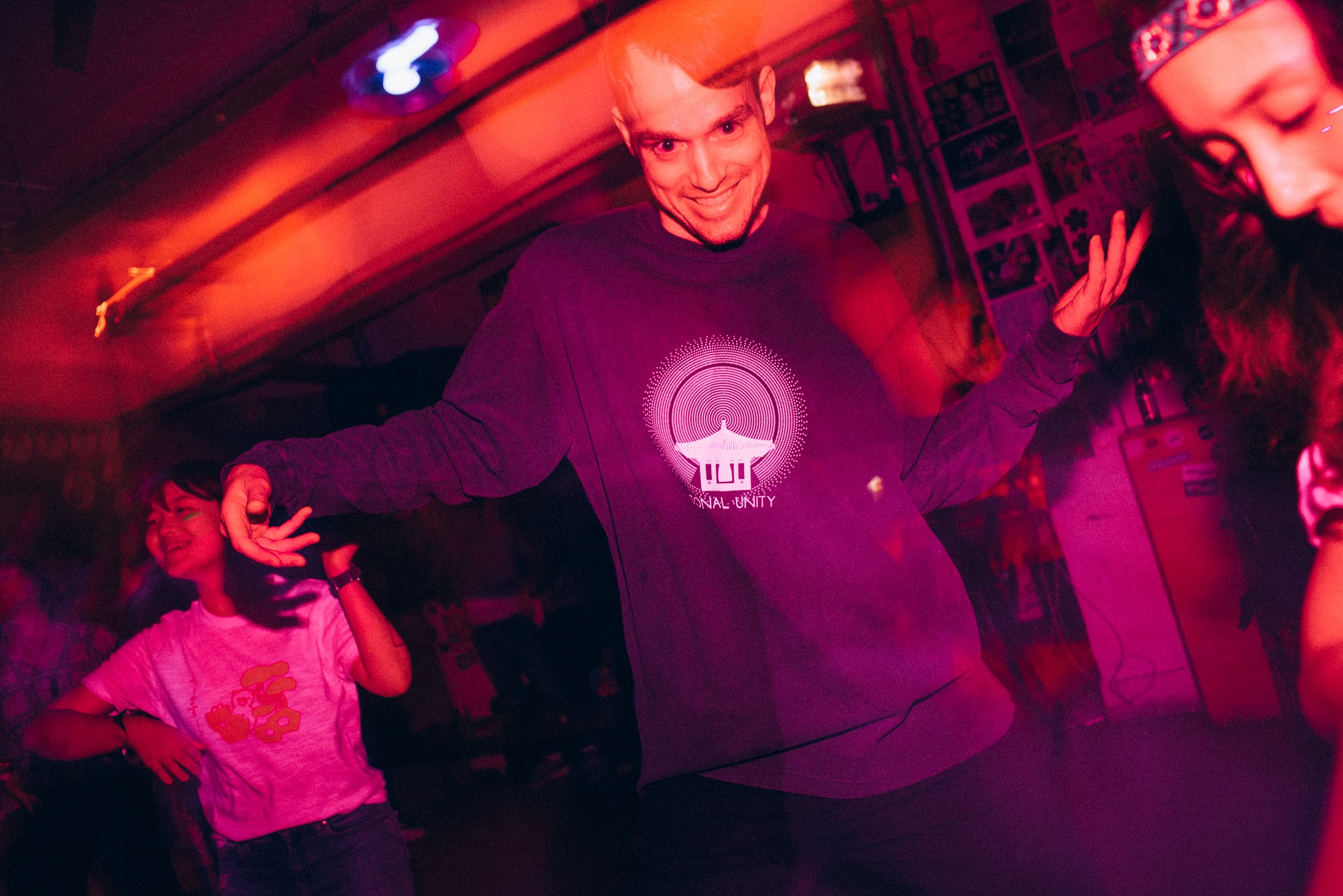