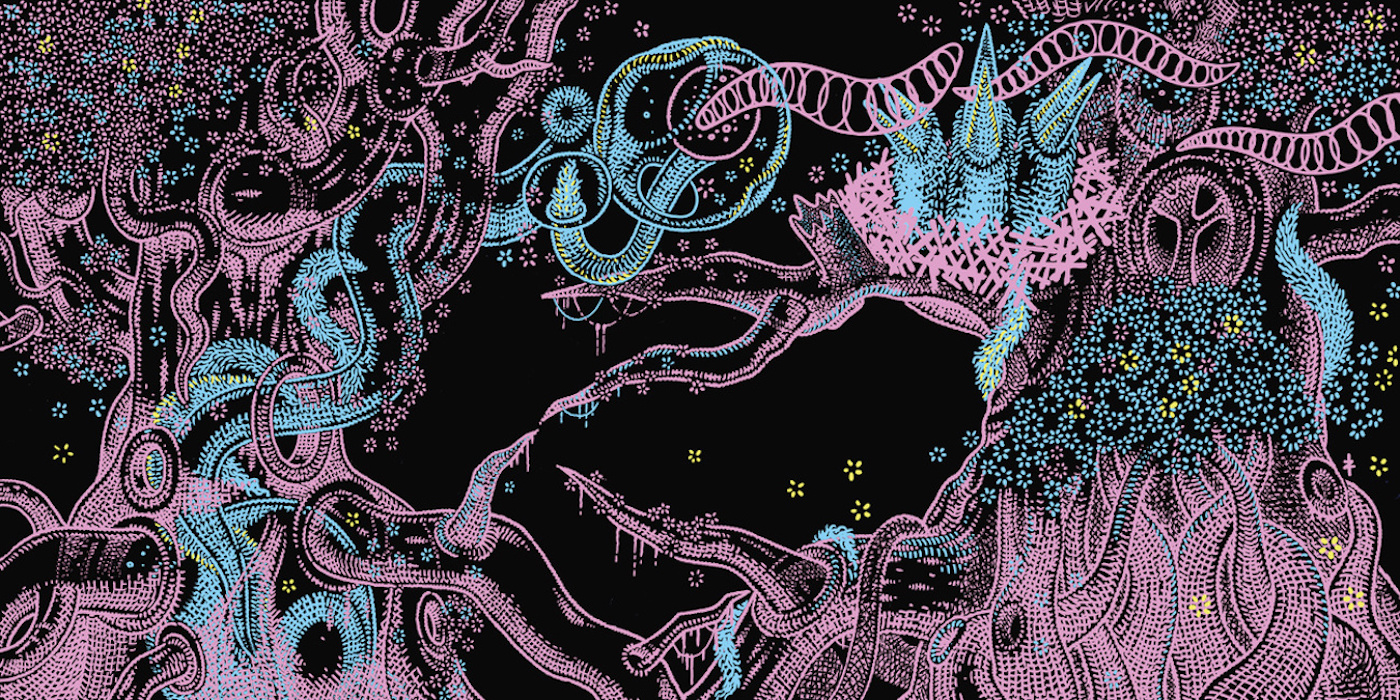 Tunes Of Negation – Like The Stars Forever And Ever

TARANTISMO : ODYSSEY OF AN ITALIAN RITUAL

”There are no attempts to solve ultimate mysteries though, rather celebrate mystery in all its power, beauty, and contradictions . The feast of life, death, and rebirth. Of fluctuation between multiple states of being and non-being. Like the stars, forever and ever”

News from maverick psychedelic ritual trance maestro SHACKLETON
His open-ended musical project Tunes Of Negation featuring Takumi Motokawa, Raphael Meinhart, and a guest appearance from Heather Leigh is back on Cosmo Rhythmatic after its acclaimed debut last year. As always, Shackleton’s music feels ceremonial and narrative, at once commenting and facilitating the journey of all entities engaged in ritual listening. The fragility of life and the awareness of an inevitable end are transcribed musically in all their discordant, fearful, and mournful aspects. However, this does not at all make the album an overtly gloomy, depressing affair. In every track, the music ends up soaring towards a sense of ecstatic dissolution. A representation of a bewildering cosmic love in the transient, mortal nature of all things. A re-assimilation of energy towards new forms.

Shackleton’s ever-masterful embroidery of tonal and atonal percussions, of acoustic and electronic organs, of electronic sound design and physical ambiance, is—as always in his style—organized in compositions in which hypnotic repetition is the basis for evolution and ultimate change. The six tracks are typically long enough to encourage full mind/body synchronisation and immersion, aligning your chakras. ‘Like The Stars Forever And Ever' is further evidence of mystic energy still out there in the ether between club music, the after-party-life, and lockdown bedrooms, and a sterling example of Shackleton's vital role in the fabric of contemporary electronic music.