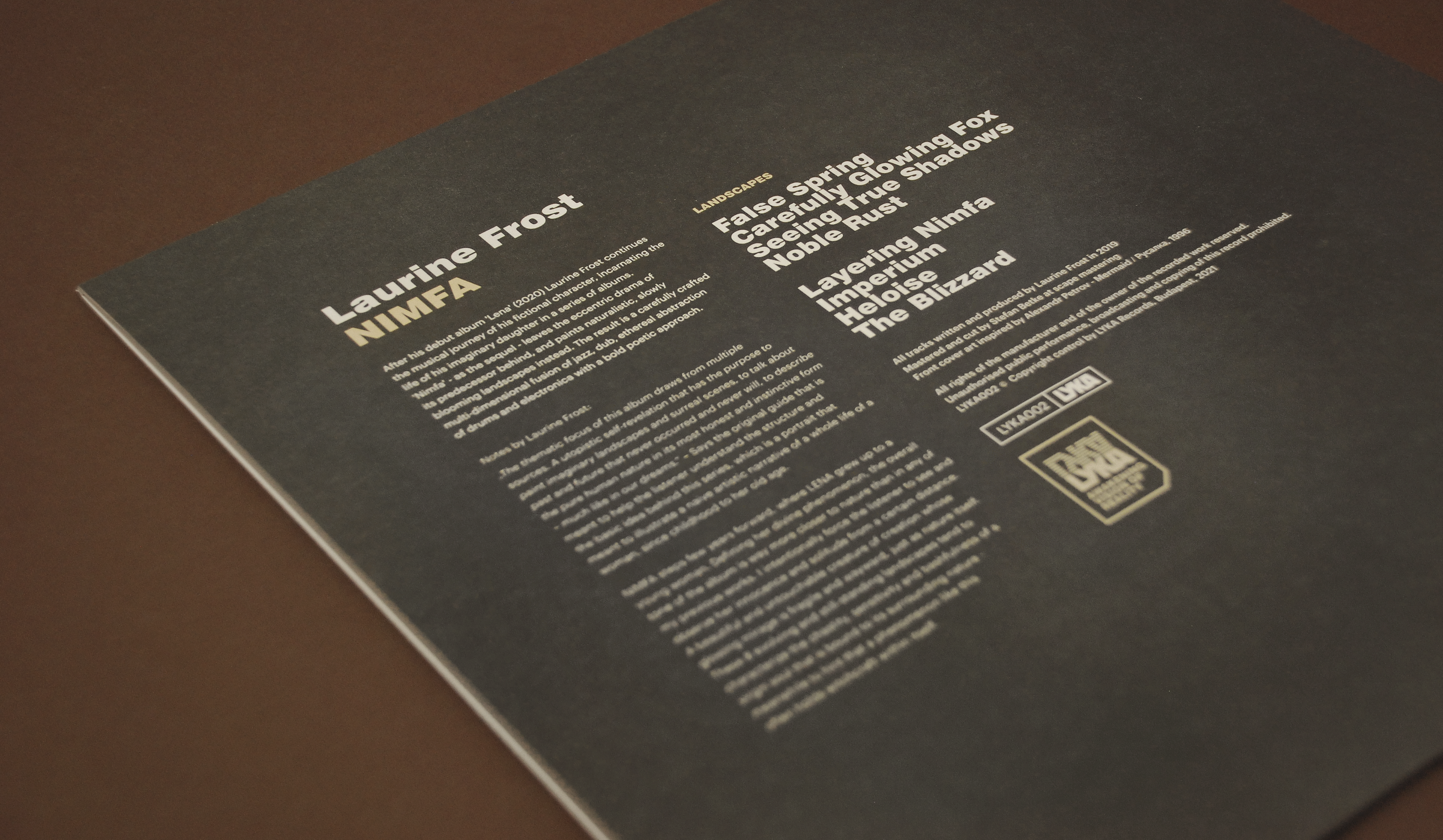 A carefully crafted multi-dimensional fusion of jazz, dub, ethereal abstraction of drums and electronica,
with a bold poetic approach

After his debut album 'Lena', internationally received Hungarian electronic music producer LAURINE FROST continues the musical journey of his fictional character, incarnating the life of his imaginary daughter in a series of albums.
'Nimfa' - as the sequel - leaves the eccentric drama of its predecessor behind, and paints naturalistic, slowly blooming landscapes instead. The result is a carefully crafted multi-dimensional fusion of jazz, dub, ethereal abstraction of drums and electronica, with a bold poetic approach.
Abstract, utopistic sounds framed by complex rhythms and contemporary compositions, infected by jazz, dub and psyhedelic elements. Laurine Frost's music is a kind of propaganda against the cliché of techno, with an avant-garde approach, consciously redifining the structural boundaries.


"The thematic focus of this album draws from multiple sources. A utopistic self-revelation that has the purpose to paint imaginary landscapes and surreal scenes, to talk about past and future that never occurred and never will, to describe the pure human nature in its most honest and instinctive form – much like in our dreams.
Says the original guide that is meant to help the listener understand the structure and the basic idea behind this series, which is a portrait that meant to illustrate a naive artistic narrative of a whole life of a woman, since childhood to her old age.
NIMFA steps few years forward, where LENA grew up to a young woman. Defining her divine phenomenon, the overall tone of the album is way more closer to nature than in any of my previous works. I intentionally force the listener to see and observe her innocence and solitude from a certain distance. A beautiful and untouchable creature of creation whose glowing mirage is fragile and wayward, just as nature itself. These 8 evolving and still-standing landscapes tend to characterize the chastity, sensitivity and bashfulness of a virgin soul that is bound to its surrounding nature - meanwhile to hint that a phenomenon like this often holds witchcraft within itself." 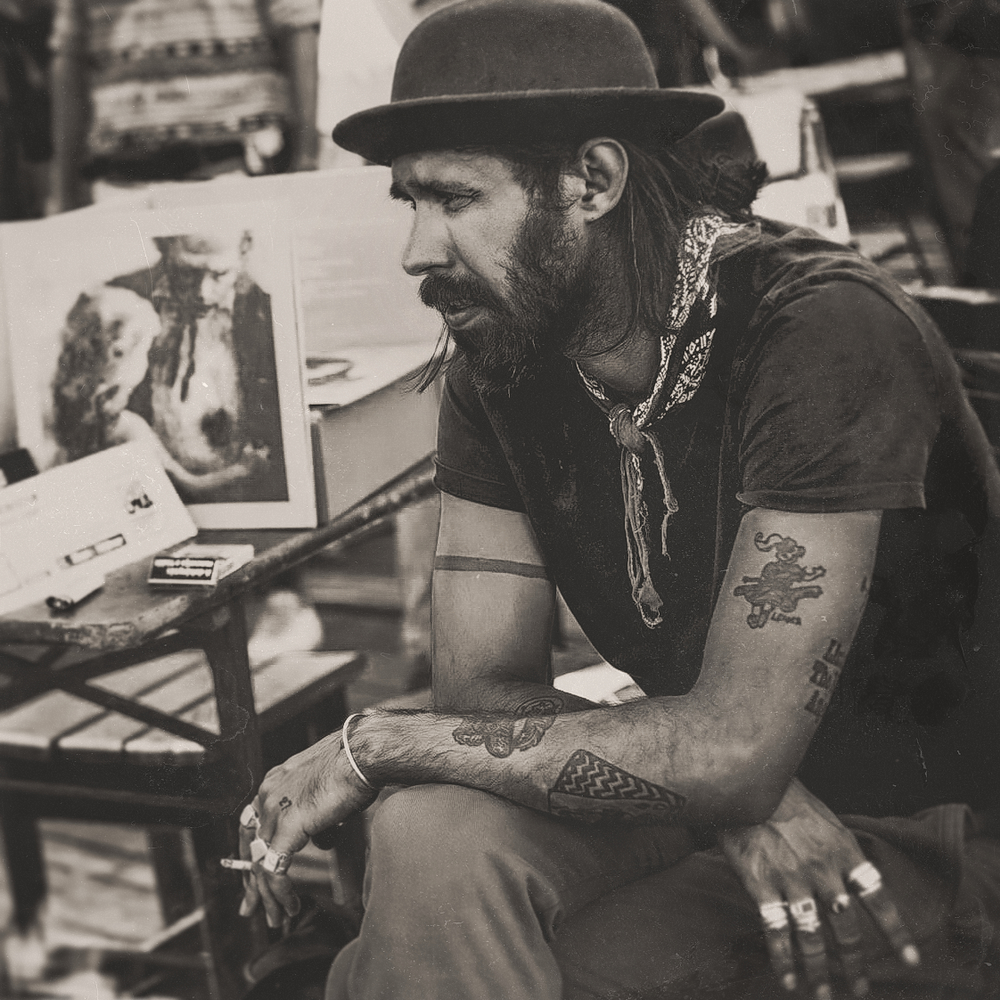