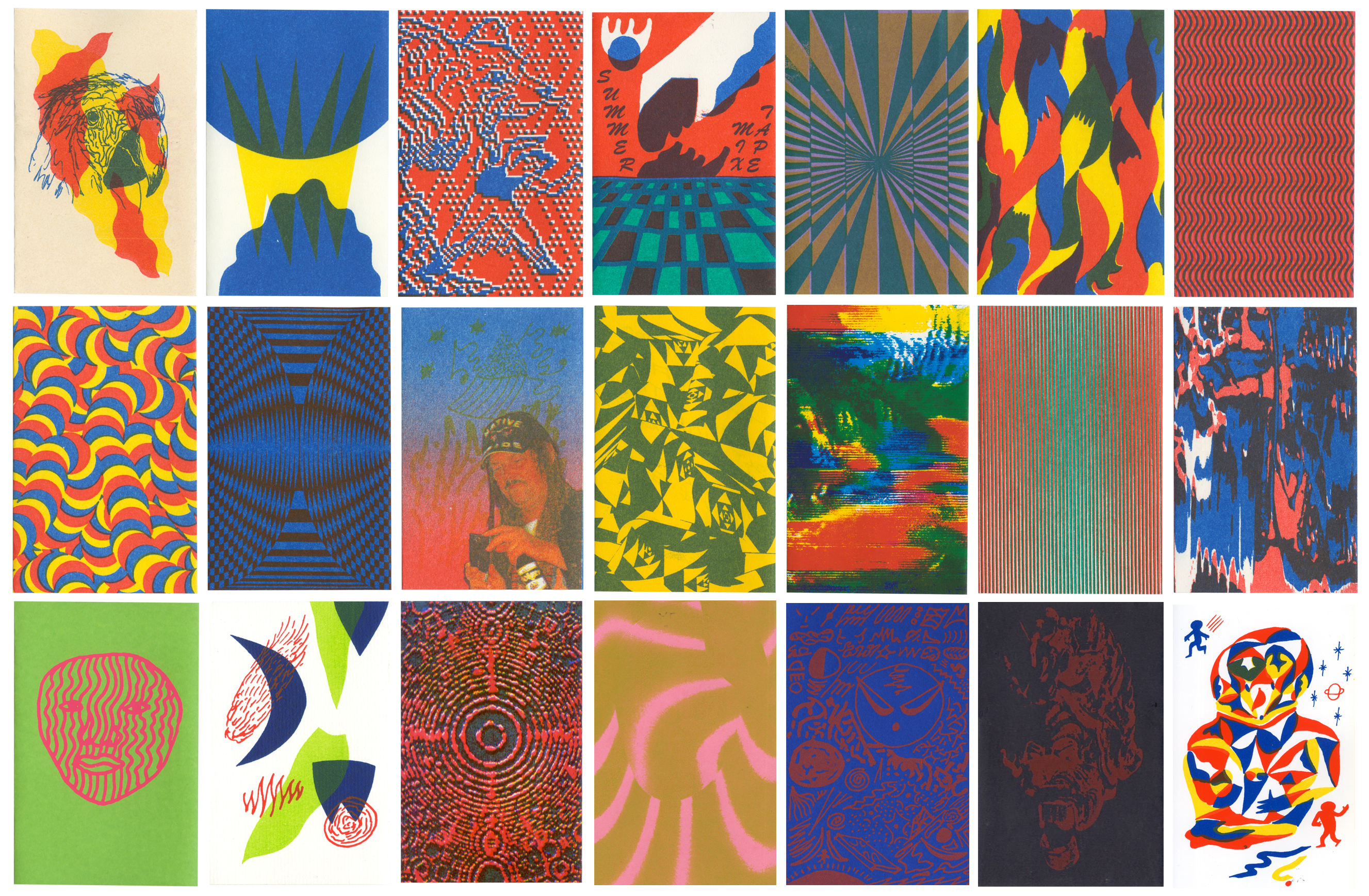 "All releases co-exist next to each other too though, where they shape a kaleidoscopic vision on the manifolds of expression in sound and composition.” 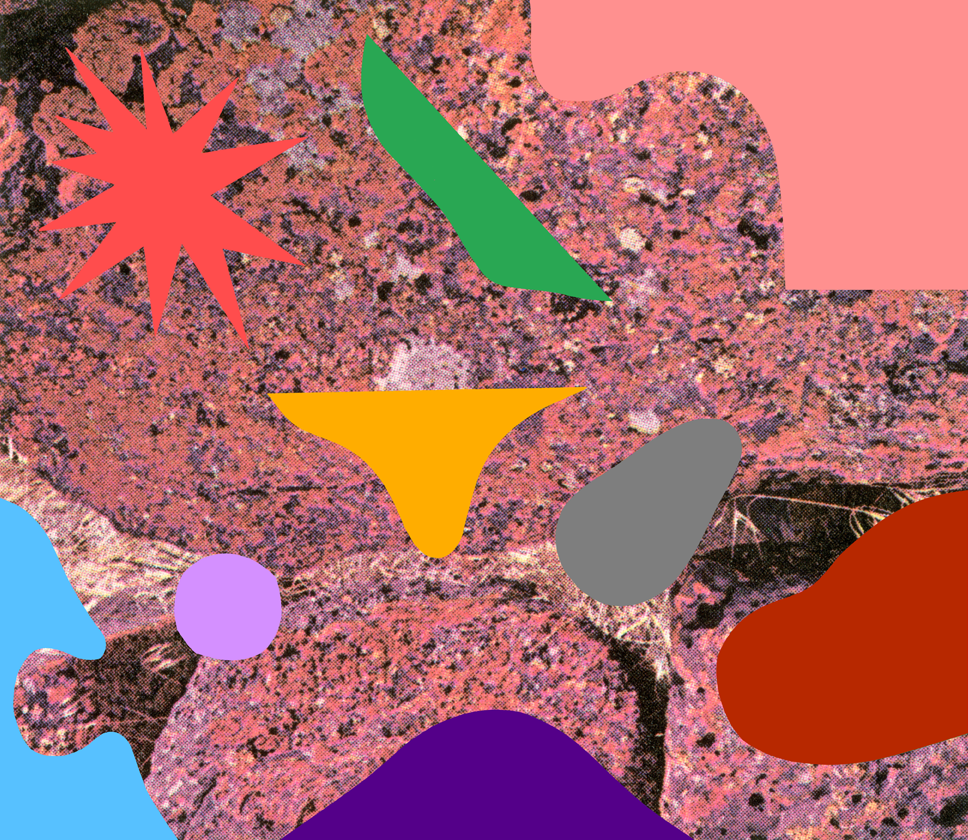 The operation of the label has been fairly nomadic. Being from the town of Flensburg in Germany, i moved to Berlin for a little while in 2006, then to Amsterdam for about 7 years and then to Antwerp, Belgium for another 7 or so years. Berlin marked a tipping point, where my flatmate Bastian Hagedorn and i discovered no-input mixer feedback, tape manipulation and circuit bending. It became interesting to put out cassettes, since it was inexpensive and this nice feel of “a handfull of sounds”, but also a tribute to the early 80s cassette scene, in Germany the so-called “Kassettentäter” - cassette perpetrators. We went to Guillaume of Le Petit Mignon who had taken over the old stock of the Staalplaat store and were blown away. There were so many experimental concerts then, you could go to a show every day and meanwhile explore the different neighbourhoods of the city.
Living in the Benelux region has definitely shaped my music taste further and more than anything opened up the perspective for what’s all out there, both contemporary and historically. The communities around experimental and electronic music are very strong here, to name just a few the now legendary defunct HELBAARD venue in Den Haag, OCCII in Amsterdam, SCHELD’APEN in Antwerp, MIMA in Rotterdam, the annual KRAAK festival and labels like ULTRA ECZEMA, EDICOES CN, SOCIAL HARMONY, PACIFIC CITY SOUND VISIONS, UNIVERSAL EXPORTS, LEXI DISQUES, MEEUW MUZAK… It’s been a very fertile ground for exchange and discovering new sounds for me. As a sort of crossing point in Europe between the UK, Germany and France there would always be lots of touring acts passing through, and here i met people from all over the place which then again led to touring and performing abroad. I recall dubbing tapes in NYC, Nashville and Baltimore as well, so yeah there’s definitely been a nomadic aspect to running the label.
Stenze Quo started in 2005 to co-release a 7inch by a band i played drums in at the time. Soon after it became the channel for a few CD-R releases by friends and relatively soon morphed into a tape only situation, which has stayed the medium of choice until today. The releases almost entirely were inspired by meeting and getting to know the artists personally, i think except the tape with JAVELIN, whom i discovered through a 7inch on the excellent LALALAL label and approached via e-mail. Putting out music while living in Amsterdam was strongly influenced by the shows my partner and i were organising at a DIY venue called OCCII. Out of there we went on many tours, most memorable ones probably being a trip in the middle of the summer around the baltic sea and a full US tour, circling the entire country by car in one month with american beat freaks CONTAINER and UNICORN HARD-ON, my partner MOEMLIEN and LASER POODLE, the duo of Jonathan Mikkelsen and myself.
The many special moments while hosting touring musicians and traveling are ultimately what running the label has been about; sharing music, exchanging ideas and going to new places in both the physical and the mind. The label’s catalogue sees a wide spectrum of genre-defying experimental electronic music, where each release is special in its own way. They all co-exist next to each other too though, where they shape a kaleidoscopic vision on the manifolds of expression in sound and composition. Running a tape label for me is taking the freedom to support what i like, without any financial risks.
Printing and creating cover artwork has always been a motivating factor behind running Stenze Quo. I enjoy building a sort of oeuvre of cassettes, explore the possibilities within the classic tape box format using risography and screen printing, which are great for small run editions and a good color punch. I see it as a way of complimenting the music and artists i love. As a graphic designer and visual artist i work for other labels like No ‘Label’ and Rush Hour too, whose output likewise is characterised by the diversity in musical styles and artists they support. Accordingly i prefer diversity and expanding on the label’s visual language, instead of reoccurring themes and a generic housestyle.
Since the end of 2020 i live on an island in the middle of Denmark called Samsø. Moving here is a humongous change, after having lived in cities for more than 15 years. It marks the start of something new on many levels. With a group of friends we are setting up a residency program here based around a printing atelier, sculpture and woodworking workshops and hopefully soon also a music studio. 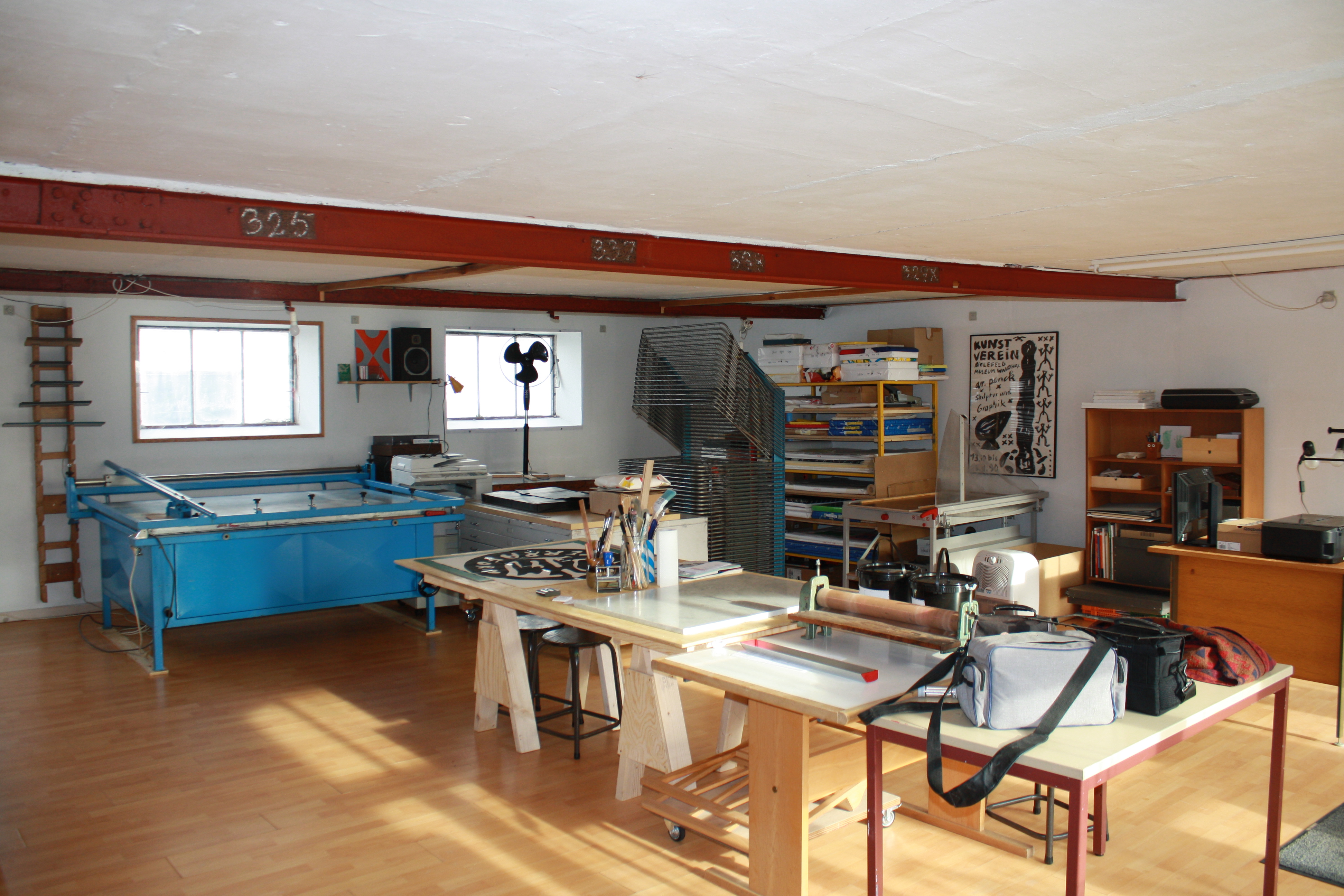