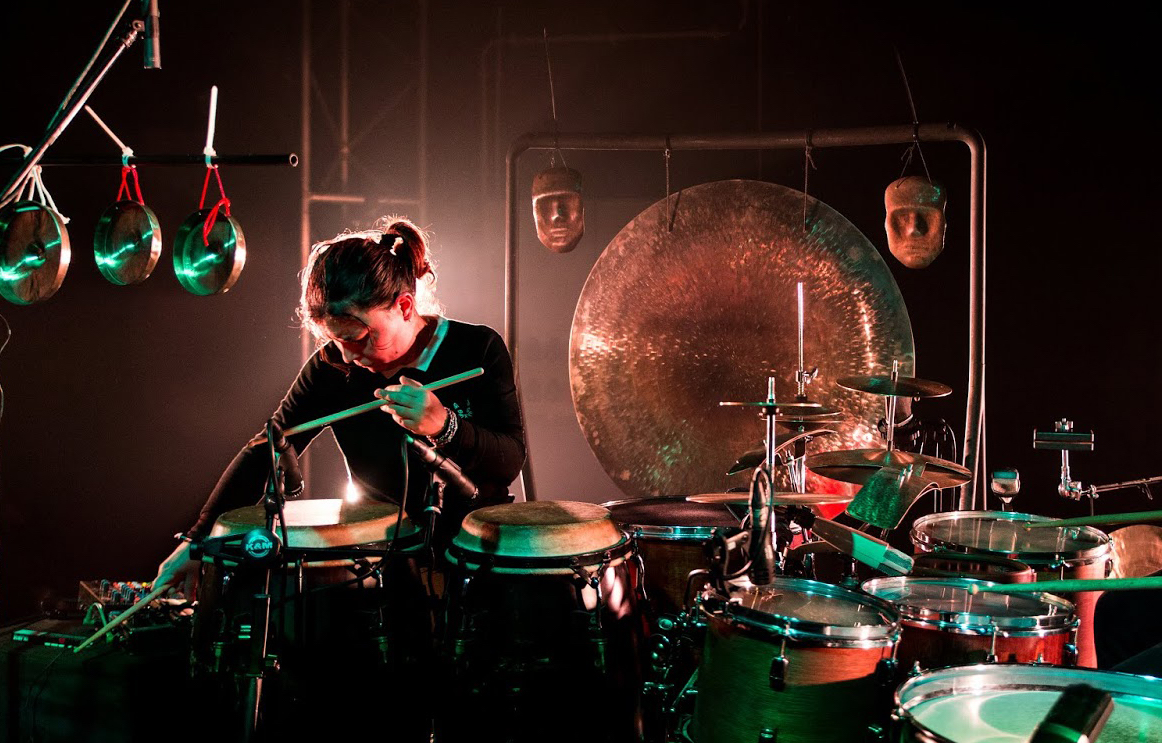 HANDS IN THE DARK records

Valentina Magaletti is a drummer, percussionist and composer whose goal is to strategically enrich a folkloristic and eclectic palette through endless listening and experimentation with new materials and sounds. She has performed and co-written with many artists including Nicolas Jaar, Thurston Moore, Bat for Lashes and more.
Based in London from 20 years, she has created a lot of links with musicians and producers. Being also a vinyl collector and an avid listener of music,she is always open to experiment new sounds.
During our chat she mentioned Henrik Christensen,Liquid Liquid,The Bug,
Gaia Tone, Muslimgauze,Art ensemble of Chicago,Pauline Anna Strom,
Nicola Conte,Moor Mother,African Head Charge,Principe records etc...
and of course the long list of artists she plays with,in her many projects..

"20th January there will be concert movie made by Vanishing Twin with Fire record to overcome the cancellation of the American and European tour due to the pandemic and helping the band. By purchasing the ticket for the stream, you automatically enter a draw to win an exclusive DUB PLATE printed specifically for the film with unreleased music." 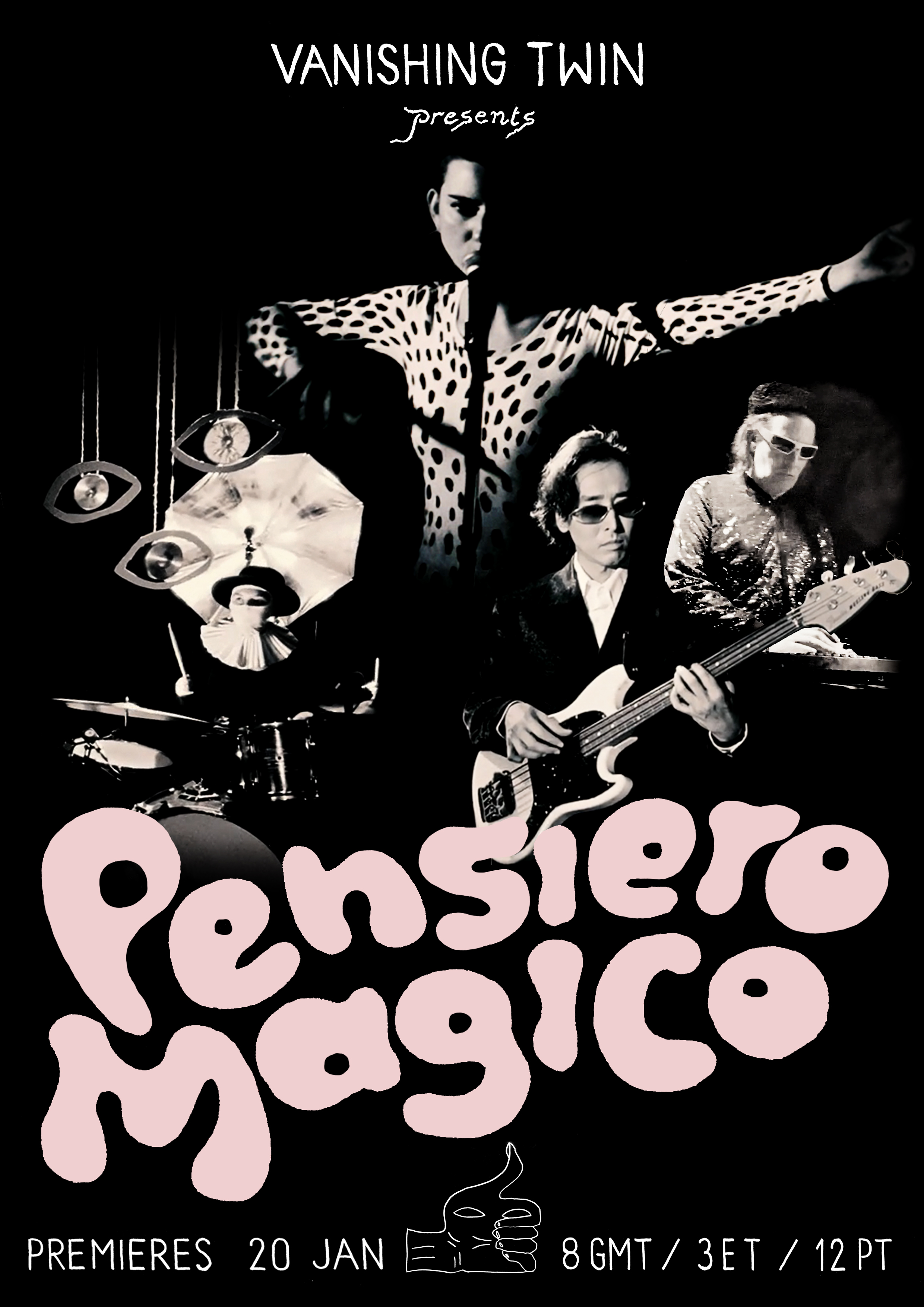 "At the moment I'm still in Italy . I ve just finalized a super-limited cassette (60 unique pieces) with an experimental trio AVVITAGALLI here Bari for the super independent label Music a lacoque."


"With Joao Pais Filipe I have a project called CZN. The debut came out almost two years ago, this year two new works will follow one for the London label THE TRILOGY TAPES and the other for the German label OFFEN MUSIC, both works produced and mastered by the third member of the project Leon Marks. Joao is a fantastic person, a great percussionist and an exceptional sculptor. "


"I released an album this year with Julian Sartorius.He is a great drummer who impressed me a lot for his work "the beat diary", it was a real pleasure to work with him and with Malcom Catto (one of my favorite producers for retro and library productions)"


"Al Wootton is the other half of my experimental dub project HOLY TONGUE , he is a very successful DJ in the house / dubstep circuit. Known as Dead boy, he has a fantastic label called TRULE and this year there will be more HOLY TONGUE works that we are mixing at the moment.I know Al since 15 years and we are both big fans of Liquid Liquid,African Head Charge.. One day we were listening to some GAIA TONES tracks and suddenly decided to have a session at the studio..."


"My phone recordings from the workshops became the base materials for this immediatly sold out release with Marlene Ribeiro.WE were in residency at the Hysteria project at Porto’s Sonoscopia where we ran percussion workshops for female artists exploring new working methods"


"The last two years me and Tom Relleen worked on the ultimate album of TOMAGA.We rushed to master the album in his final days because the release was important to him. Tom is the person I grew up with the most personally and musically. In the last 10 years we have recorded and recorded hundreds of hours of music, covered tens of thousands of miles together and traveled all over the world . I feel his presence every day even after his untimely tragic death."


Soon released on HANDS IN THE DARK records 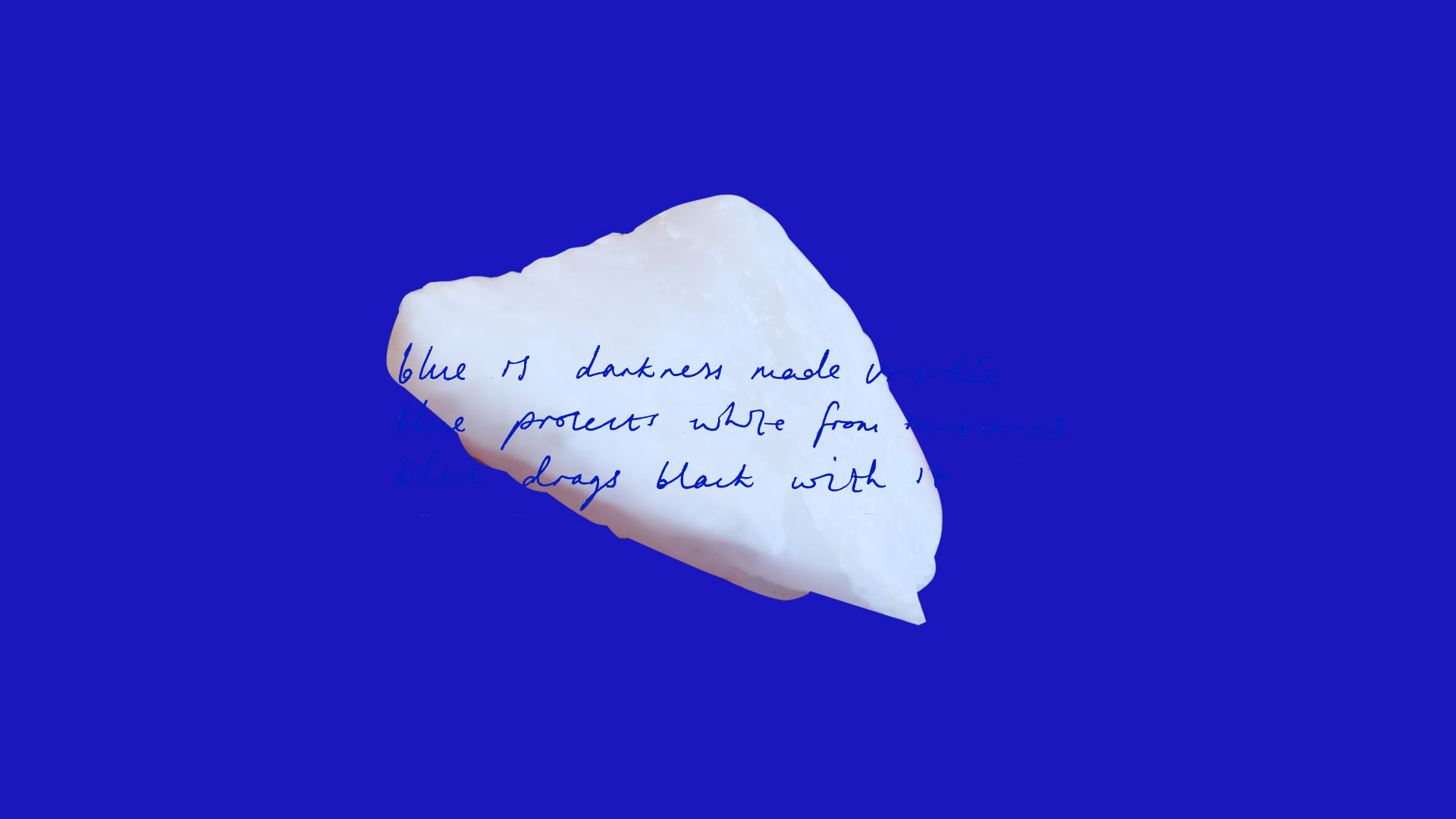