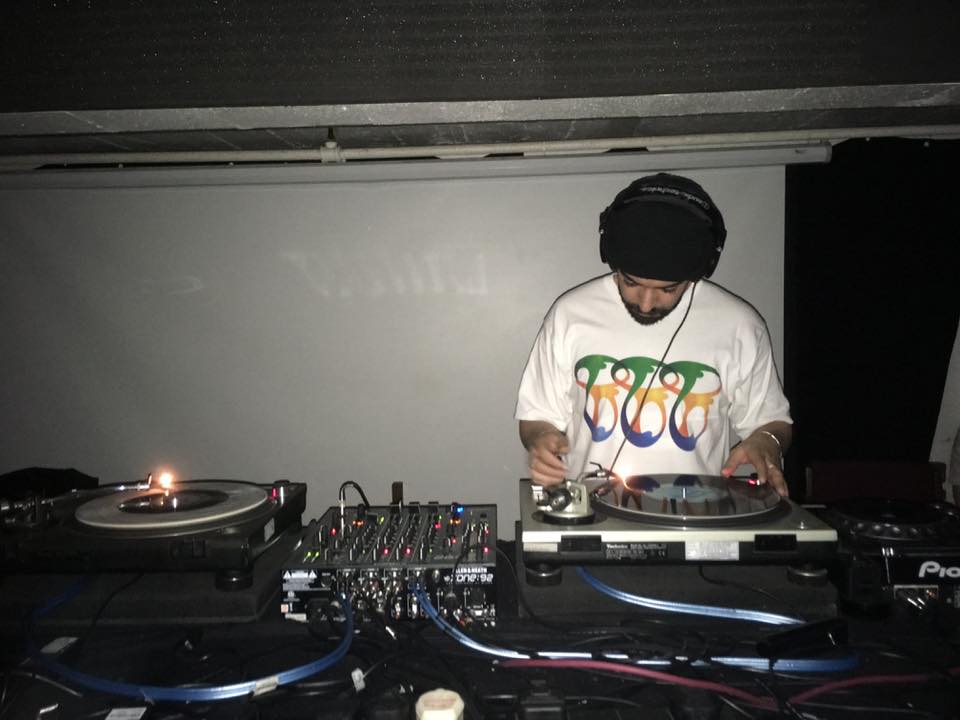 Hadj Sameer, french Musical Explorer & Archaeologist, gifts us 80 minutes of contemporary & vintage accoustronic selections on pro-dubbed tapes. A duality in between wild natural jungle (side 1) and urban jungle or life of a modern human being (side 2)
Mixtape for new Kassem Mosse label, Ominira.


“Kassem Mosse has been a long time musical and more widely artistic influence for me, in terms of club music (dub techno and techno), but also when it was about more experimental music genres such as ambient and leftfield music. So last year, I came up with the idea of making a sort of mix mostly looking like a sonorous collage of different records I’ve been digging for the last decade with a particular thematic : a duality in between the wild jungle and the urban jungle. Along with music, I’m a scientist and a researcher and what fascinates me a lot is how human beings or animals can instinctively behave or react to songs coming from a wild environnement as a tropical jungle for example, and there is a deep imprint in our DNA in link with this. Furthermore, there is a symbiotic relationship between human evolution and its environment. The (over) urbanisation and the disappearance of natural spaces is in correlation with the exposure to new sounds, but also new sonorous stresses that we have to get familiar with. This cleavage in between what I call the natural wild jungle and the urban jungle is quite interesting, and especially all the adaptation mechanisms coming from that. So I gathered field recordings, library music, experimental, musique concrete vinyls and put them all together in a mix that pleased Kassem Mosse. I’m proud of this release especially because he directly seized the meaning of that release for me and its idea besides the musical aspect. The scientific approach and the interrogative dimension of this tape were the major points for me. I want to get people to think about all of this.”

So, among the releases I’ve put on this tape I selected 4 of them for you today:


First one : Bernie Krause - the great animal orchestra - amazing release by a bioacoustician from Detroit who collaborated with La fondation Cartier to realize an amazing exhibition I had the chance to attend to, in London last year. It was a total immersion into the wildlife with field recordings from specific regions from all over the world in several forests added to amazing light effects, indescribable... At the end of this exhibition they were selling a double LP cataloguing all those field recordings and animal sounds. I simply jumped on the opportunity to get it. This was my tape mix intro, in order to captivate people and dive them into the jungle from the first seconds of the tape.
2nd and 3rd releases : Jean-Michel Bertrand - Pulsations & Jean-Michel Bertrand - perfections both projects from the French percussionist bring a tribal dimension to the tape with drums, Amazonian flutes and songs captivating our attention suiting perfectly with the field recordings from Bernie Krause. These releases are timeless classics of French library music on both labels RCA and KoKa Media. I found them digging a collection where I bought the whole labels' catalogs back in the days. Every single record on those labels is something unique whether it be for beatmakers or for records collectors and diggers.
4th release : Jean Schwarz - Surroundings , a mind blowing experimental and musique concrete project introducing the side 2 (urban jungle) with a full immersion in city life, including a few field recordings from several American towns as Chicago, NYC, San Francisco etc. You can hear some people chatting or yelling on the streets, cars driving, a saxophonist playing and some further songs/noise that I put in the noise pollution to which we are exposed on a daily basis. I found the test press of this record in a flea market in the countryside 2 years ago for nothing.