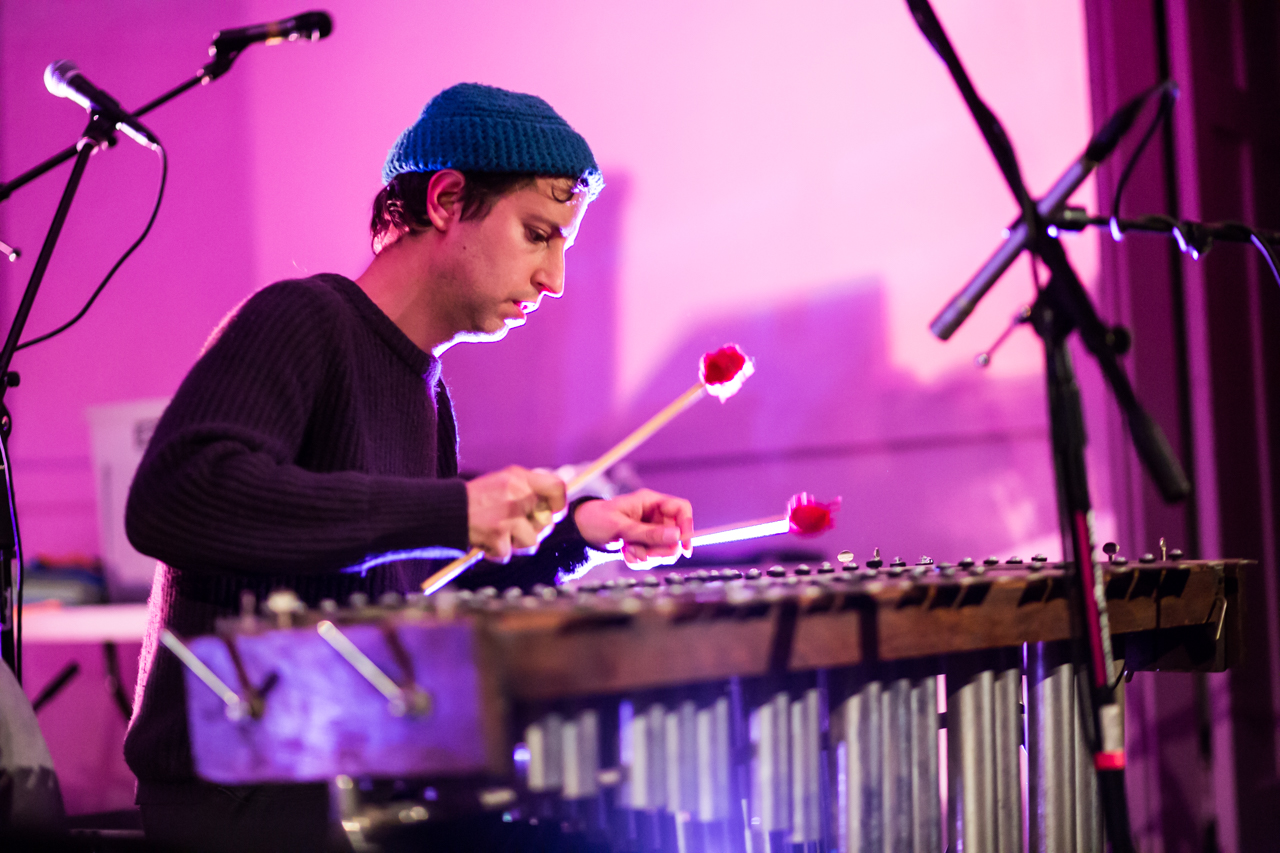 „Josiah Steinbrick is a multi-instrumentalist, composer, and producer based in Los Angeles, California.”

Following the 2019 Hands In The Dark re-issue of Josiah Steinbrick’s debut solo recording, the Los Angeles based multi-instrumentalist, producer, and composer returns with Liquid / Devotion & Tongue Street Blue, to be jointly released on the 18th of September with his Full Bloom imprint.
A vibrant collection of cinematic pieces that drape tapestries of FM synthesis and percussion around serpentine bass lines, the album unfolds like a rapturous dream. Hushed laments, ecstatic rhythms, and hypnotic arrangements induce a state of reverie, where boundaries dissolve between fading memories, illusions, and the hyper-real.
Liquid / Devotion & Tongue Street Blue is a potent creative offering, and marks a breakthrough in Steinbrick’s personal approach to the studio.
Josiah Steinbrick is a producer, adept at many instruments, and generally an artist for whom the world music seems to be a comfortable second home. He has recorded with and produced for a variety of artists ranging from Devendra Banhart to Charlotte Gainsbourg.
Cover artwork & lettering by Adam Tullie / Text design by Sam Gendel / Art direction by Josiah Steinbrick, A. Tullie, and S. Gendel.
Josiah Steinbrick is a multi-instrumentalist, composer, and producer based in Los Angeles, California. Steinbrick’s multitracking his own instrumentation, making it a fully solo project.

Hands In The Dark is an independent record label based in Besançon and London, which, since 2010, has focused on proposing exciting auditory explorations and singular visions of experimental / psychedelic music.

We’ll also be celebrating our 10 anniversary later in the year, organising a city festival which will take place from 26th to 29th November in Besançon. Everything is pretty much set and the event will bring together around twenty artists who will perform in a number of striking and quirky venues and intimate settings, giving a programme of eight exceptional events which will highlight the singular and fascinating musical projects we have put out since 2010. There will of course be a programme of gigs/concerts, but the capital of Franche-Comté will also play host to DJ sets, a creative workshop, a conference on improvised and experimental music, a cine-concert and retrospectives of the consistently stunning visual works that have accompanied the label's releases.