"“Let me escape from this modern decadence and take refugee in my favourite retro memories, blending into a new music realm”

We had a chat with Italian musician and producer Fed Conti after the launch of his new PROgedia project. His new single has just been released on the legendary label R&S records. R&S represents the initials of Renaat Vandepapeliere & Sabine Maes, the couple that created this Techno label in Ghent, Belgium, back in 1984. Still independent and currently managed from London, the label looks for new talents with a different approach. The second single DOWN includes a super evil remix by THE BUG is ready and the full album will come out around Easter, with some more surprises. 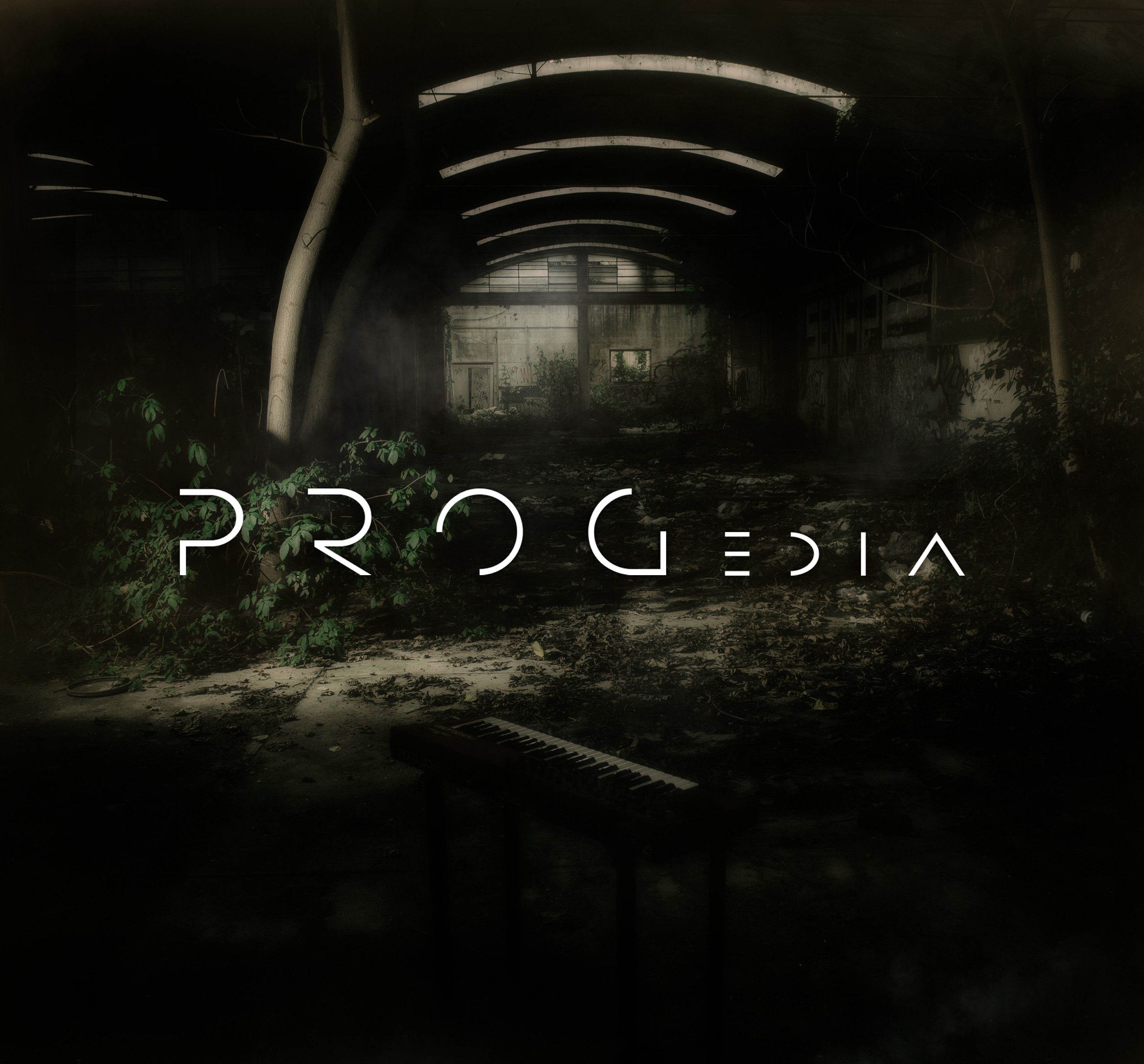 "Before to play any instrument, I remember when at 4 I heard on Tv “Wild Boys” from Duran Duran and…gosh forget the band but that huge gated drums captured my ears so bad, one of my first reaction in music I remember. A couple of years earlier I was shocked from the live performance of “Shock the Monkey” by Peter Gabriel instead with the face painting make-up, often in my nightmares. But at 7, during a sailing boat vacation with my family, I heard through all the summertime a tape from my dad’s collection: it was a live concert by Keith Emerson & The Nice. This really blown me away as never heard before, the screaming organ and the big Moog noises in particular which I had no idea by ears how they were made of, it was black magic to me and from this point I expressed a serious interested to start having organ and piano lessons asap.
And few years later I was a 15 y.o. student of Shirley Scott, the legendary American organist, attending more jazz & blues gigs than any other hobby or high school activity. My adolescence focused playing the Hammond Organ for all the late 90’s learning from the several pro’s around Italy and near Europe I played with, including the most unexpected situations where I was invited to play on stage with acclaimed artists such: Mike Stern, Benny Golson, Gary Bartz, Buster Williams, Little Milton, Mel Gaynor, Rev Lee Brown, Zucchero, Carl Anderson (from Jesus Christ Superstar original cast). Such a great time for a teenager grown up in the countryside.
From the 2000’s something slowly changed. The jazz scene wasn’t paying the bills and too much purism around was make me feeling uncomfortable, so I started playing more R&B, funky and disco live in posh clubs with my own bands, in particular at FURA in Desenzano Del Garda. It was lucrative, full of stunning chicks and I also started to be curious and familiar with the Dj world.
When the digital music technology at its pioneering golden age started to be possible, my dad Beppe who always have been a tech guy, pushed me to DIY together a project recording studio which became a silver cage for 3 years more or less, no social life, a very slow internet and a lot of imagination and devotion to music, starting to be a producer wannabe from scratch, and without tutorials sorry millennials.
Something serious started coming out in late 2005 when I was constantly producing music all time, releasing both on my own digital trademarks and licensing to labels such: Ministry of Sound, Island Uk, Universal Uk, Skint, Stealth to name few. Of course, working with tons of monikers including Mahjong, Mr. Gone, Nardis, Eyes of Love, Sun & Soul Shades and more. It was different comparing with today: no social medias were related yet, more project names were more music around, easy.
I was also parallel working for hire behind some famous djs doing samples replays and sound-a-like loops, almost a secret job which taught me a lot about production technique. But at the end of 2000’s my music was featured on Tv Series such The Ringer, Nikita, Csi Miami, Burn Notice, The Castle, several Tv Shows by Abc, Cbs and MTV plus several Advertising Campaigns by international brands such Coca Cola, Ford, Fiat and Atari.
I was just missing to Dj so I did moving around 2010 initially following the electro & dubstep scene to switch then to techno and starting being less introverted and shy discovering what’s still was a taboo for me, the nightlife and its underground." 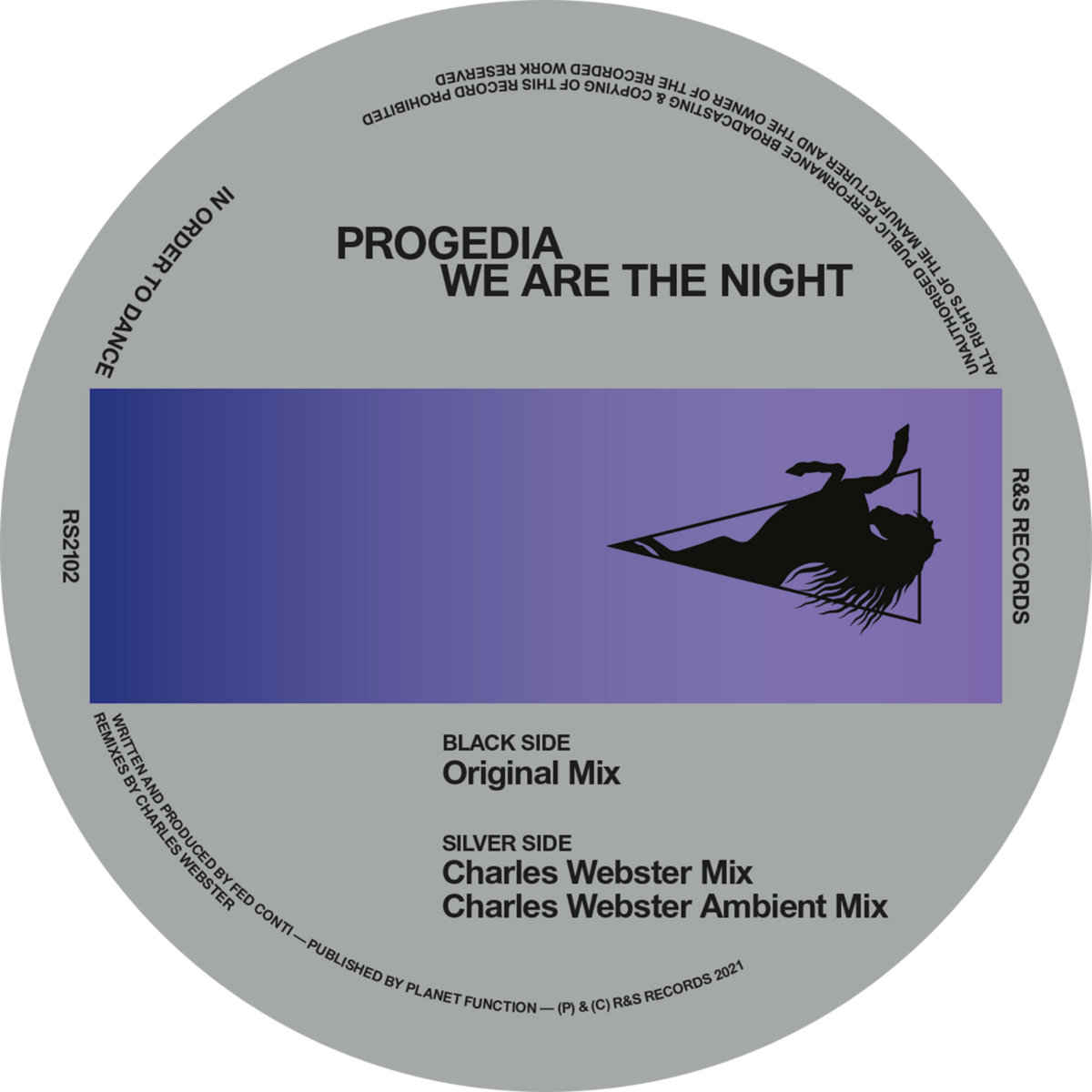 "Few times nightlife brought me attending the Amsterdam Dance Event but in 2015 I randomly met Renaat in a very intimate R&S showcase out of the major spotlights of the conference. There was a free spirits vibe so I felt free to chat to Renaat without too many explanations and somehow we found ourselves very close on more aspects of modern music music so this really inspired me and from there we stayed in touch and we even meet again a bit later having the chance to spend some time with this great man which I learnt to discover and respect day by day during our creative brain stormings. I love his unordinary approach out of the box and he really helped me to find myself again after the crisis which found myself adrift at the beginning of the Covid’s boom.
Under the Pandemy (like many of us), I stayed home in my music studio lockdown, after 2 years of silence from the music production so It was needed to get back on everything from almost zero, without any particular work routine and keeping my studio setup exactly as it was before. But with a freer mind, a new way and approach came out, without many of those fake “market assets” and presets sounds, sadly quite common in the music production today. This time was the right time to give more confidence to my music taste than anything else…and one of the 1st tracks I realized was a ¾ idea, which few hours later became almost the final version of WE ARE THE NIGHT!
A kind of Funky Waltz played on my Wurlitzer-a-like piano, a parody of many 4/4 straight blues cliché in an odd sauce tempo, same approach on vocals re-editing unused old 4/4 material from my historical hard-drive cutting a beat here and there, pitch it down and getting that sound in the middle of genders, which everybody asks LOL. Distorted piano, standard fender bass, easy but quirky drums pattern pulsing the 3 on 4 and…. all those endless sound design trips behind which heavily belong to the atmosphere and ambient approach of PROGedia where the wall of sound is made from different layers often from vintage equipment like rustling mellotron pads, modern synth in vintage guitar amps, traditional piano or total new technologies on the same level, or the abuse of several audio slices from my live loopstation performances, ‘cause I really like to jam and resample a different version of me, where my deepest music subconscious is alternating with my more logical musician mind."

"Renaat loved “We Are The Night” at first listening and everything started to be serious from here, including a new discography name to decide and mark a new music birth of mine. What is PROGedia literally? It is a totally invented word-joke originally thought for an instrumental track’s title. Defining to myself with 2 words my own story made of a progressive (literally and musically) journey where I suddenly felt like Ulysses in that nice theatrical tragedy of life (in Italian tragEDIA).
It was 2020 and Renaat and I were impressed by the new sophisticated album “Decision Time” by Charles Webster just released so Renaat decided to drop him a promo and he loved the project, also for the ¾ tempo and Charles lives in South Africa where beats are serious. Well Charles came out not with one but two remixes for how enthusiastic he was, and he did such a great job, the ambient mix is my favourite for the live sets as well."

'WE ARE THE NIGHT' the video

"There is a time traveller spirit inside PROGedia, which is also shared by my friend Alessandro Amaducci the moviemaker of the videoclip. We live in the same city and we met at the University where he teaches at the Cinema department. Our city is full of spirits, no we don’t believe in ghosts LOL but this is the atmosphere you can feel around, even Dario Argento shot his famous horror “Profondo Rosso” here in Torino. So, we can say we are not solar, seaside and bikini looking people. Alessandro worked often with bodies, both humans such professional dancers and digital android 3D models, so we decided to fill all these bodies of spirits and make the night time journey begin, trough edited paints from the 1800 in a well-read fairy vision."