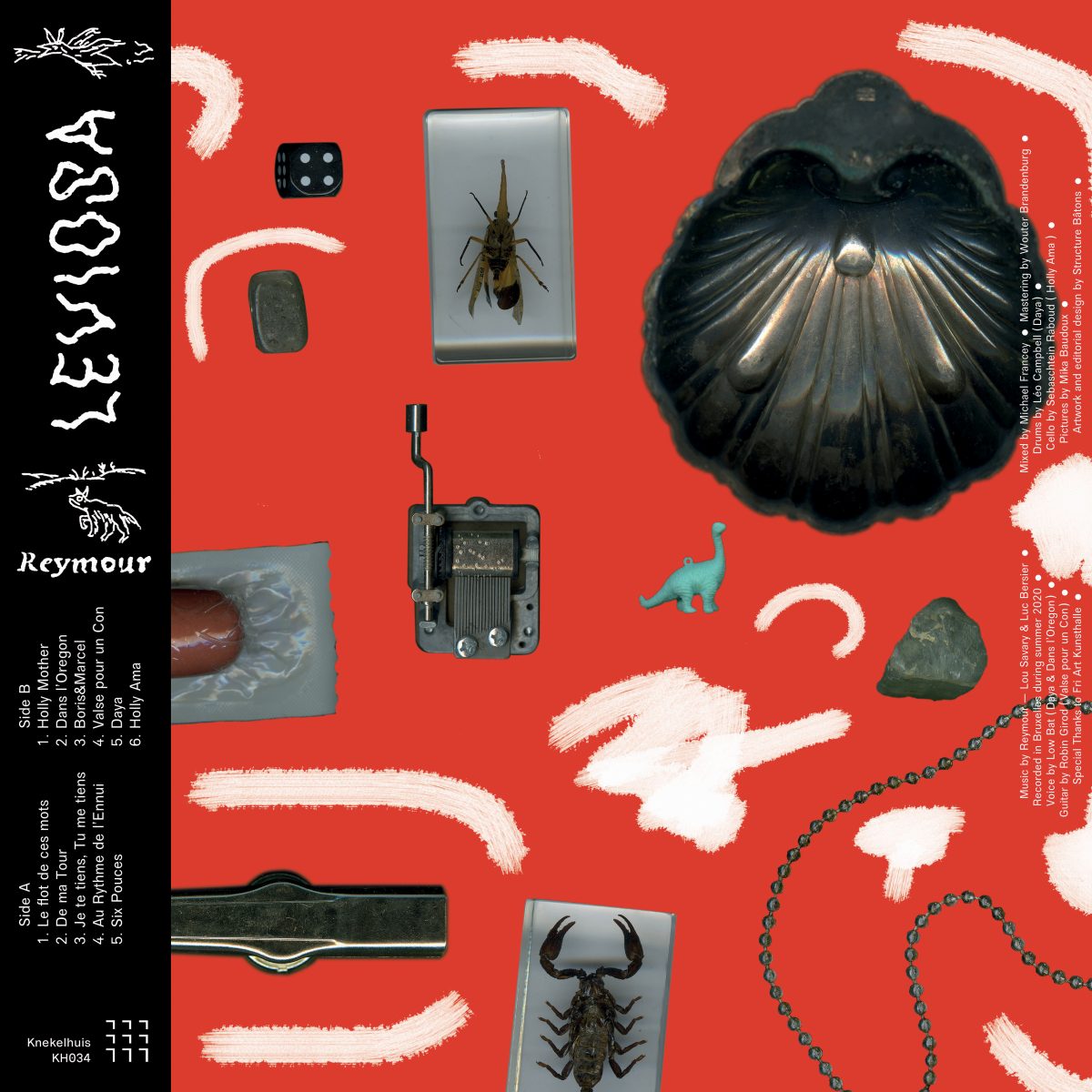 "Singing texts in French was obvious from the start because it is the language that we perfectly manage and with which we have endless possibilities of games, such as turns of phrase or images"

Reymour is a lovers couple,originally from Fribourg in Switzerland and currently live in Brussels. It's Lou and Luc. This production is a family affair with their French disco multifacets friend Low Bat.
It’s all about love, but also about the other side, about doubts and play.

REYMOUR :
Our inspirations are really multiple and evolve over time with our encounters, and our desires.Low Bat follows us and encourages us from the start. He introduced us to Etkin who has the Kinship label and who offered to make our first tape. This is our third leg a bit.
Musically, at the beginning we were inspired by bands a bit lo fi with 80's synths, mumbling voices and synth-wave culture in general. Singing texts in French was obvious from the start because it is the language that we perfectly manage and with which we have endless possibilities of games, such as turns of phrase or images etc.. It’s such a beautiful literary language that we have the chance to master, and the importance of words is essential for us.

Luc and Low Bat already been able to release on KNEKELHUIS under the JEAN LUC alias, the band they share with a third pirate

MARK KNEKELHUIS :
I've loved the first Reymour tracks on the cassette at Kinship and the EP on CAF instantly. And the fact that long time friend Low Bat is such a wonderful connecter, and loving open soul, who eventually brought us all together. I never forget the great few nights I had with Lou, Luc, and Louis in Swiss, the cities of Bad Bonn and Lausanne. Those days were a motley mixture of cheese fondue, a hangover road trip, meeting the funny jazz bandmember from Ariel with too many CD's to carry, deep orange abricot wines and cute friendship. That's where the seeds were sowed for this release.

Low Bat sings on two songs on the album.And it all comes dark,drugged and melancholic...

LOW BAT :
Daya's text was from Lou who had already started writing a text about Lilith, a mythological / biblical figure. She made me read the text in the studio, then I wrote mine next to it before recording. For L’Oregon, we wrote lines at the same time, each on his own.
I introduced them my sister and her boyfriend, who can also be called Lucile and Sébastien. They're the ones who always do all the artwork for the things I do. And in fact, since Luc and Lou liked their work, they wanted to ask them to design the artwork for their first album.

REYMOUR :
As a last nice anecdote let’s talk about a summer one, it will change from the cold of winter.
One day when Louis was due to come to Brussels to do sessions with us at the studio, he arrived and hadn't really slept much because he had been partying, that was good for us too. As a result, everyone was stressing a bit for the afternoon session. Since the weather was very nice and almost warm that day, we thought: we are going to go to the sea and eat oysters. We went to Ostend, we bathed in our underwear, we were attacked by seagulls, we ate oysters and drank white wine and when we got back we went to write a song on that day. . And the session was much more inspiring!