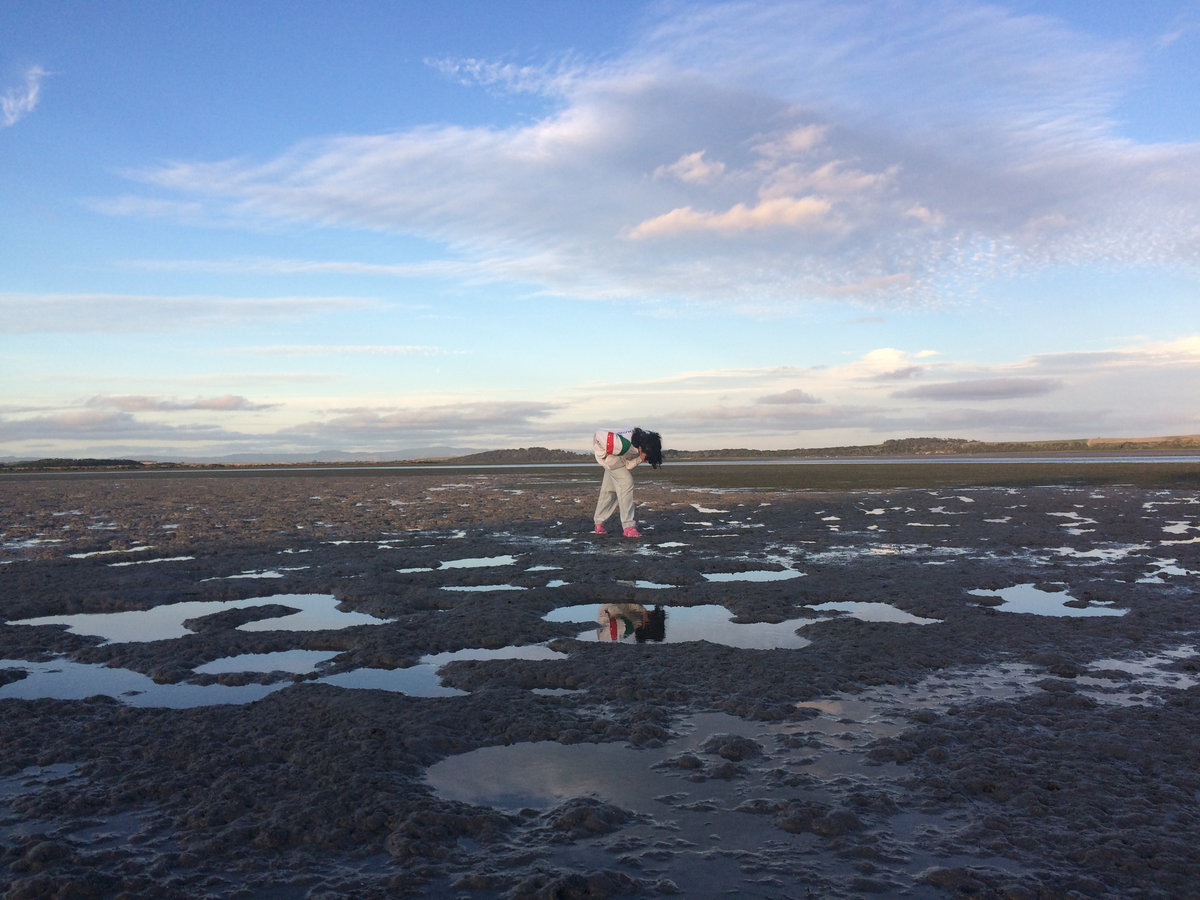 "I would like people to imagine THE PERSON lives in some kind of space age pod, maybe in a desert, maybe under water. Drifting around in robes in a giant studio with a semicircular mixing desk.”

We asked Melbourne's Minna Wight about her project THE PERSON :

"I have to admit I enjoy cultivating mystery because I quite like mysteries myself and being drawn into an artist's world. Sometimes reading an artist's autobiography can be a bit of a let down. I would like people to imagine The Person lives in some kind of space age pod, maybe in a desert, maybe under water. Drifting around in robes in a giant studio with a semicircular mixing desk. Of course this is easily dispelled by listening to the music which is lo-fi and usually has eight tracks if not less.
I like choosing sounds that are distinctive and identifiably connected to a time. As a child I was fascinated by trends in music production. In my most formative listening years in the early 90s I loved picking up on samples that were shared by different songs. Stuff like the beat used in 'Close To You' by Maxi Priest, piano house riffs, the 'yeah...woo!' sample from Lyn Collins 'Think (About It)'.... I was such a trainspotter with these sounds, and I'd pay attention to what new sounds were coming in.
I didn't start making music until after I finished studying Fashion Design. I realised that I hated sewing but remembered I loved playing the piano, which I played since I was 5 years old. I was classically trained but was always much more drawn to the novelty of pop music and found the classical music world a bit stuffy.
I made Tide Life using my friend's sample library that he had created and collected over many years, as well as a liberal dose of 'Dexed', a great DX7 plugin, stocked by the infamous and exhaustive 'Black Winny' library of DX7 patches, and some standard ableton instruments. A lot of songs were inspired as I worked my way through Black Winny patches. The sounds would evoke a mood and a memory - they'd remind me for example of visiting the 'National Geographic' shop to add to my collection of gem stones - the song 'Tigereye' is a reference to this time.
Another key memory is strolling through a shopping centre on the tropical Hamilton Island while on a family holiday and noticing that the same Phil Collins song was being piped into every store. It gave the island an eerie feeling of isolation, artifice and the presence of a concealed central controller, some kind of tropical wizard of oz.
This is a recurring theme in my work, the idea of a controlled environment, whether it's an aquarium, a wave pool or an island paradise. I like using space in music in a way that reveals its own artifice, whether it's the use of reverb, odd volumes, or intentionally kept mistakes that show the hand of the maker. I also like combining digital, analogue and sampled sounds that all carry their own different place in the mix.
These days I've just started incorporating my own vocals into my work, and a lot more hardware synths. Substitue vocals have actually been very present in my work as samples or synth choirs but I have been wanting to incorporate my own lyrics. It's strange because I don't talk a lot. I tend to have a feeling that everything's been said. I'm easily embarrassed by my own words - I've always struggled to keep a diary or a notebook because when I read it back I just want to cringe. But nonetheless I'm drawn to writing songs with lyrics now, and it feels very freeing."

SOME PICTURES OF MINNA WIGHT's STUDIO